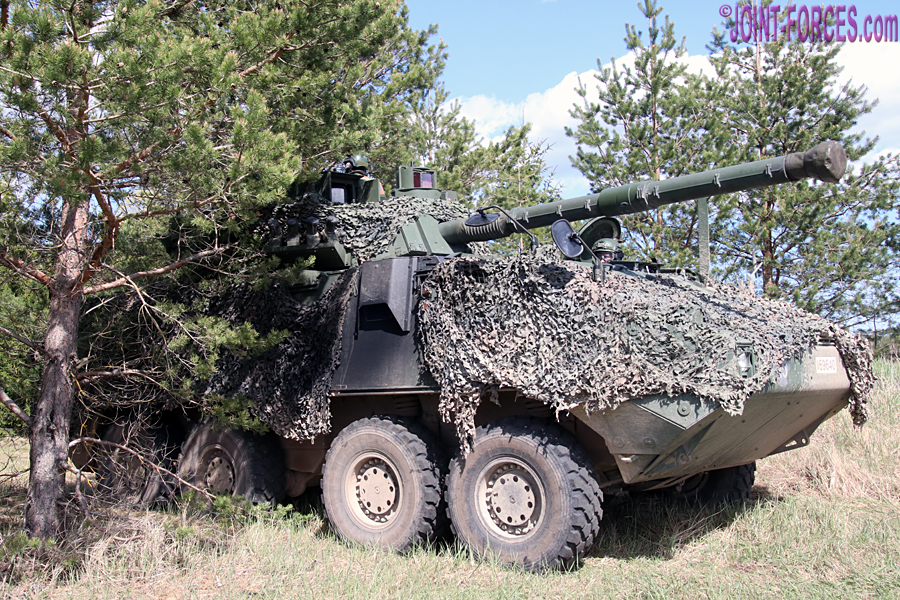 For this slightly delayed¹ fourth part of our mini-series on the Belgian AIV (Armoured Infantry Vehicle) fleet I have now turned my camera on the DF90 (Direct Fire 90mm) close support variant.

During the free play phase of Exercise KEVADTORM 2019 in Estonia the Belgian Contingent, serving at the time as part of the UK-led NATO eFP (enhanced Forward Presence) multinational battle group, fielded a small number of these tank-hunters and I was fortunate to run into the two different examples seen here a few times over a period of several days. Serving with Blue Force, under 1st [EST] Infantry Brigade, the Belgians were pitted against Yellow Force opponents drawn from the Canadian-led NATO eFP multinational battle group based in neighbouring Latvia and predominantly equipped with very similar Canadian LAV (Light Armoured Vehicle) family variants, which are also derived from the original Piranha, and Lithuanian M113 tracked APCs.

Officially designated AIV Piranha IIIC 8X8 DF90 by the Belgian MoD, this anti-armour variant has a crew of three (commander, driver and gunner) and the official specification sheet originally published on their website showed it to be essentially very similar to the standard FUSELIER infantry fighting vehicle version; though of course the turret clearly increases the overall height. The original requirement was for 40 of these tank-hunters, which entered service in 2008, but latest figures given by the Belgian MoD suggest that only 18 remained in service after force restructuring and reductions.

The main armament of the DF90 is a Belgian-made CMI (Cockerill Maintenance & Ingénierie now John Cockerill Defense) 90mm low pressure cannon capable of firing APFSDS-T, HEAT-T, HESH-T, HE-T and CANISTER rounds. Secondary armament is a coaxial 7.62mm FN machine gun and there are banks of four smoke dischargers each side of the turret. Although the DF90 cannon does not pack quite the same punch as the 105mm tank gun mounted on the US Army Stryker MGS, another mechanised infantry vehicle derived from the MOWAG Piranha, it still gives a mechanised infantry company equipped with 8×8 IFVs a very useful source of direct fire support against enemy armour.

¹ My apologies for the delay in running this article, which I had originally intended to work on during anticipated ‘down time’ in Estonia between the SWIFT RESPONSE 21 and KEVADTORM 21 exercise windows. Well that never happened, as schedules slipped and additional opportunities presented themselves. How time flies when you’re having fun! Hopefully Part 5, in which we will look at Engineer and Ambulance variants, will be back on track as I am forced to endure ten days of isolation on my return to the UK (even though I’ve been double Pfizer’d and multiple PCR’d).