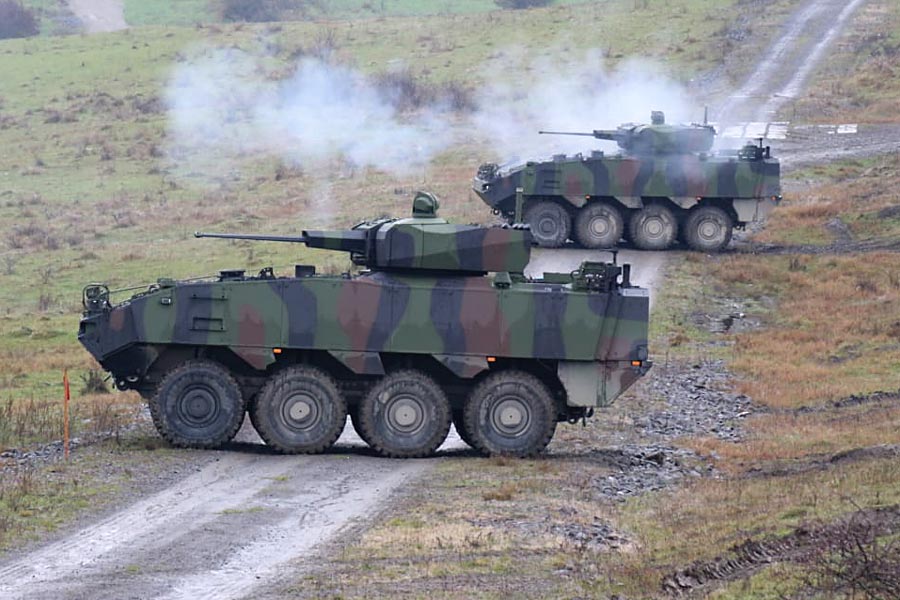 The Romanian Army has undertaken functional verification of the weapons and systems of their new Piranha V Armoured Personnel Carrier fleet.

The accompanying images of new GDELS-Mowag Piranha V 8×8 Armoured Personnel Carriers on the firing range at the Getica National Joint Training Centre were released yesterday (5th November) by the Romanian Ministry of Defence.

On 5th October it was announced that the first batch of 36 new Piranhas, out of 225 on order, had been delivered to the ‘Red Scorpions’ of 26 Infantry Brigade. At the time, Minister of Defence Nicolae Ciucă stated: “I am confident that they will pass the operational testing, and will integrate very well in the units of the Land Forces, which are in great need of a vehicle to ensure their mobility, increased firepower, but also increased protection when they meet missions.

“I will ask the Red Scorpions to test all Piranha V carriers in conditions as close as possible to those in the tactical field, to make sure they can rely on them when needed!”