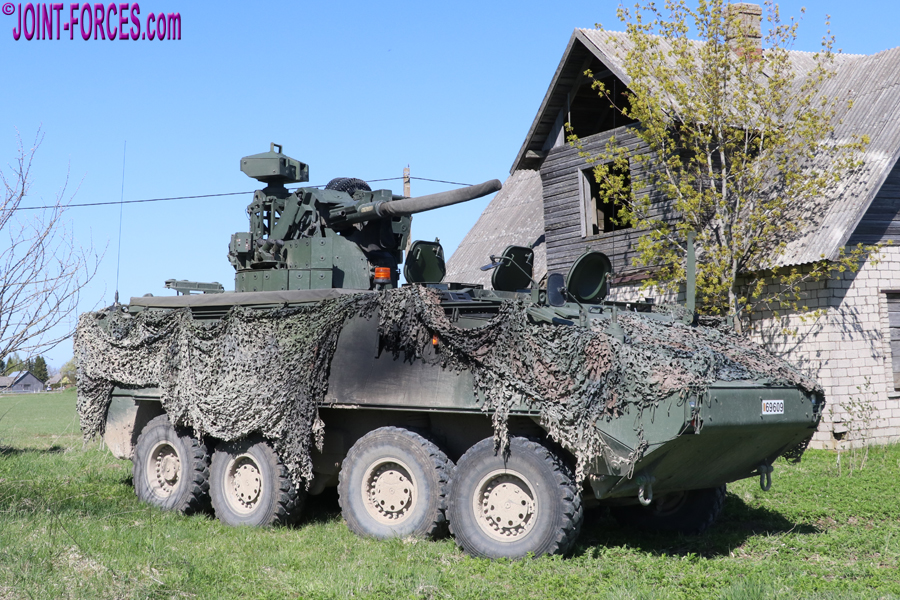 For this third part of our mini-series on the Belgian AIV (Armoured Infantry Vehicle) fleet I have pointed my camera at the DF30 (Direct Fire 30mm) variant used for both close support of infantry platoons and close air defence against low-flying aircraft in general and helicopters in particular.

A little under two years ago, during Exercise KEVADTORM (SPRING STORM) 19 in Estonia, I had the good fortune to photograph two of these vehicles deployed with the Belgian Contingent serving at the time as part of the UK-led NATO eFP (enhanced Forward Presence) multinational battle group in the most north-easterly of the Baltic States. As a former military modeller, who somewhat fell into becoming an author as a result of my researches into military vehicle subjects, I am well aware of the modeller’s need to see all four sides of the subject and so have done my best to provide this here. Unfortunately, as Estonia is flatter than a very flat thing and really only has one major hill, and that was man-made from mining waste, I was only able to take ground level shots but I have included a single low resolution Belgian MoD image taken on the ranges several years ago from a higher viewpoint .

Following the end of the Cold War, Belgium cashed in on the ‘peace dividend’ and drastically reduced the size of the nation’s defence forces and the quantities of their equipment. As a result of the nation’s comparatively low profile on the defence front, there are few available technical specification details of the Belgian Piranha IIIC variants other than those formerly published by the Belgian MoD. Although different web pages were produced by the MoD for each variant, exactly the same technical specification blocks were published for both the FUSELIER APC (see Part 2) and the DF30 variant and therefore no height over turret is given. What we do know, however, is that the primary weapon for what is officially designated the AIV Piranha IIIC 8X8 DF30 is a 30mm Bushmaster cannon in an Elbit Systems ORCWS-30 (Overhead Remote Control Weapon System).

Unlike a manned turret, this RWS turret does not need to protrude into the crew compartment but the downside to this is a slightly higher profile. In addition to commander and driver, four more personnel can be transported. As power train is identical to the infantry (FUS) version, the DF30 has the same performance and range. According to the Belgian MoD, the vehicle entered service in 2008 and 19 examples are on the inventory. In the next part I plan to look at its DF90 companion, which has a 90mm main armament, then I will point my lens at the Engineer and Ambulance variants.