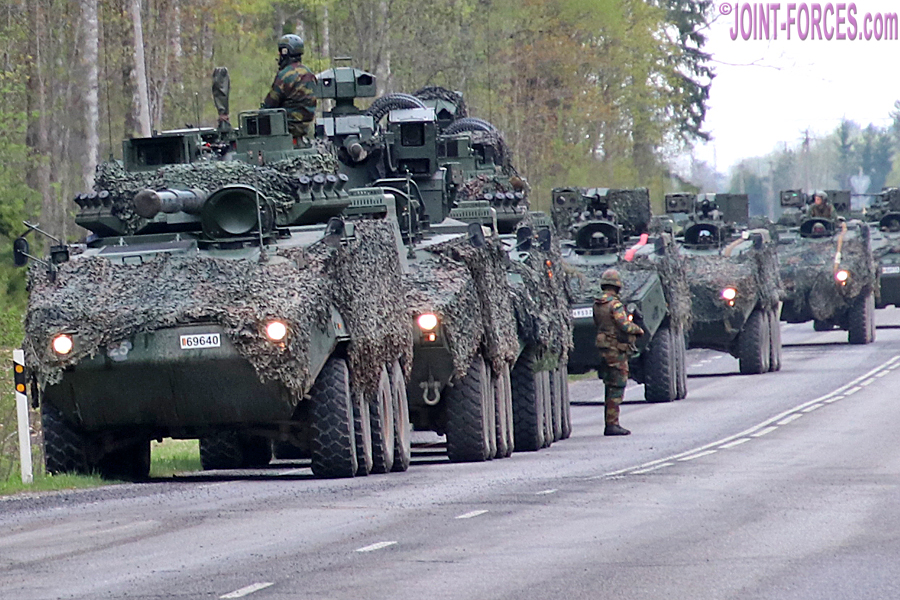 On 1st February 2006 the Swiss manufacturer MOWAG AG issued a Press Release stating: “On January 27, 2006 the Belgian Government announced that the MOWAG Piranha IIIC had been selected from five candidates for the delivery of up to 242 vehicles and related logistics support, with a total contract value of over EUR 500 million, for the Belgian Army’s Armoured Infantry Vehicle Programme. This sales success in Belgium represents the largest single order ever awarded from a European NATO member in the history of the Swiss technology-based company. Deliveries will commence in 2007 and will extend to 2015 for the total quantity including options.”

That same day the General Dynamics HQ in Virginia issued a release stating: “The Belgian government has selected the Piranha IIIC 8×8 light armoured vehicle, produced by MOWAG GmbH, a part of General Dynamics European Land Combat Systems, for its Armoured Infantry Vehicle (AIV) programme. AIV will serve as the cornerstone of the transformation of the Belgian Army into a lighter, more deployable, lethal, survivable and sustainable force.

“The programme, which includes a maximum of 242 vehicles and related logistics support, has an approximate value of $604 million (Euro 500 million) if all options are exercised. General Dynamics European Land Combat Systems is a business unit of General Dynamics.”

The Belgian order covered seven different variants: Infantry Carrier, Armoured Personnel Carrier with Medium Calibre Gun, Direct Fire, Command Post, Engineering, Ambulance and Recovery. The initial batch was for 138 vehicles, to be delivered from 2007 to 2012, and it was anticipated that if all options were exercised the remaining 104 would be delivered by 2015. Piranha IIIC was accepted for Belgian service in 2008 and, according to later information released by the Belgian MoD, the final fleet breakdown was

The Belgian Government in the early years of the new millennium – well before the shock 2008 Russian invasion of Georgia and then its 2014 expansionism into Ukraine – decided to cash in on the perceived post-Cold War ‘peace dividend’ by replacing its tracked armour inventory with wheeled armour (coincidentally also by 2014). A decade before this decision Belgium had ended conscription, thereby reducing a Corps-sized conventional force with a high proportion of conscripts to an all-professional Division, and then eventually to just a Motorised Brigade plus a Special Operations regiment. The first step in this process was the adoption of the Austrian 6×6 Pandur I in 1996 as a reconnaissance vehicle followed by the introduction of the Piranha IIIC 8×8 for the main infantry force a decade later.

In 2019 we had the good fortune to work with Belgium’s Bataillon de Chasseurs Ardennais, who at that time were supplying a company group contribution, with integral Engineers and Fire Support, to the British-led multinational eFP (enhanced Forward Presence) NATO Battle Group Estonia (BG EST). In addition to the standard APC version, known as the Fuselier of FUS in Belgian service, the Chasseurs contingent also had Command Post, Engineer, Fire Support, Direct Fire and Ambulance variants in Estonia and in subsequent parts of this mini-series we will try to briefly look at all of these.