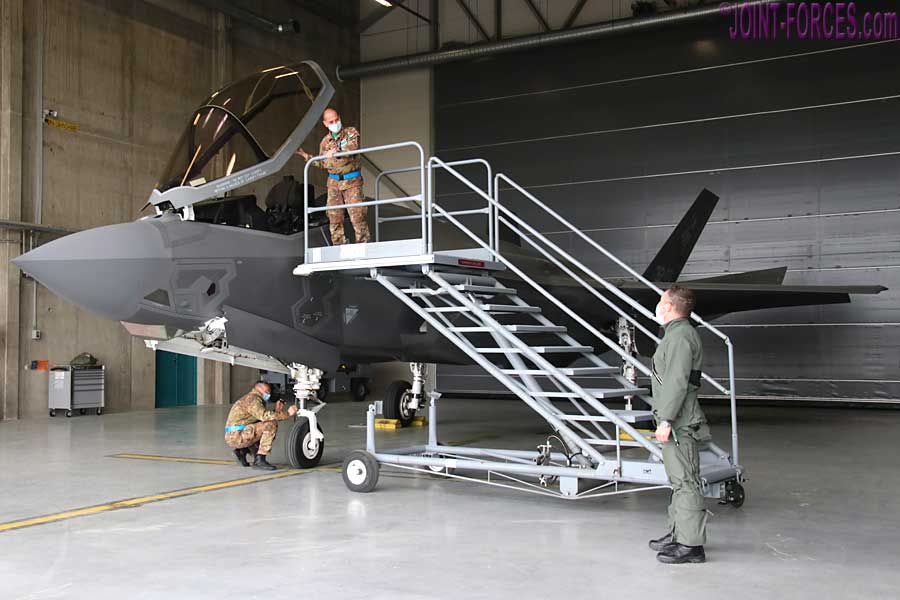 With the Baltic phase of SWIFT RESPONSE drawing to a close and KEVADTORM about to bud, today we visited the Italian Air Force at Ämari, reports Bob Morrison.

A 130-strong contingent from the Italian Air Force or Aeronautica Militare arrived at Ämari Airbase in Estonia a couple of weeks ago and on 3rd May formally took over Baltic Air Policing (BAP) duties from a German Air Force contingent. This roughly four month deployment, BALTIC EAGLE II, sees F-35A Lightning II interceptors standing guard 24/7 over NATO’s most north-easterly airspace for the first time.

With a free afternoon between exercise photo opportunities we asked Aeronautica Militare if we could visit them to photograph one of the on-call QRA (Quick Response Alert) aircraft in its hangar and they kindly agreed; thanks, Colonnello Sirico. At a future date I hope to bring a little more detail about the NATO BAP mission in general, and the Italian contingent in particular.