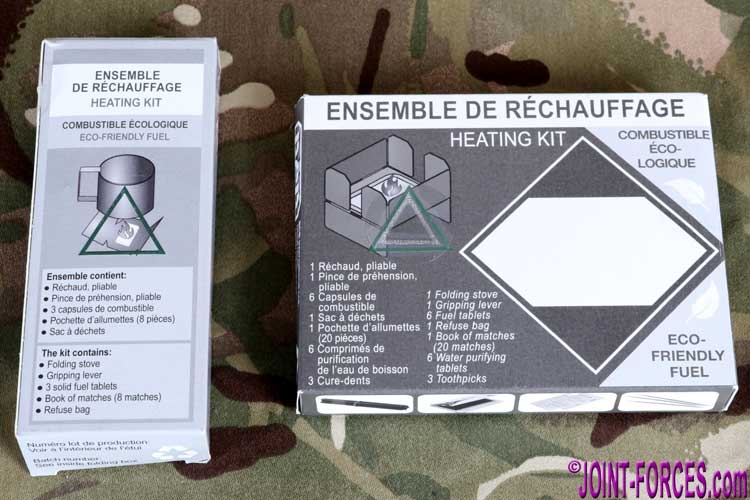 On 3rd September we carried the news that the UK MoD had awarded a further four-year contract to BCB for the supply of environmentally-friendly ethanol-based FireDragon fuel and its associated foldable cooker for troops to heat their Operational Ration Packs then just two days later we reported that the company had developed a survival-sized miniature cooker and associated 7g FireDragon capsule for a specific NATO nation requirement.

As if these two stories are not enough, we can now reveal that the Cardiff-based company has developed two new ration pack heating kits for specific forthcoming NATO and UN requirements and we have proffed / blagged examples of each. Both of these new kits are designed around the new smaller FireDragon fuel pods or capsules, the containers of which are being produced from recyclable aluminium alloy rather than plastic, and as a result of this change instead of the solid fuel having to be tipped out of its container for burning it can now be ignited in the capsule once the foil lid has been peeled back. The new packaging, which I am told is no more expensive than plastic and is much more environmentally-friendly, also offers bulk transportation advantages over hexamine-based fuel tablets, which both military customers and humanitarian assistance providers, such as the United Nations, are interested in.

Since picking these up at the end of DSEI 2019, I have had a bit of a play with them but as back-to back assignments following the expo earlier this month are keeping me busy I have not yet been able to do a full field test yet. When I get the chance I will bring readers an update.