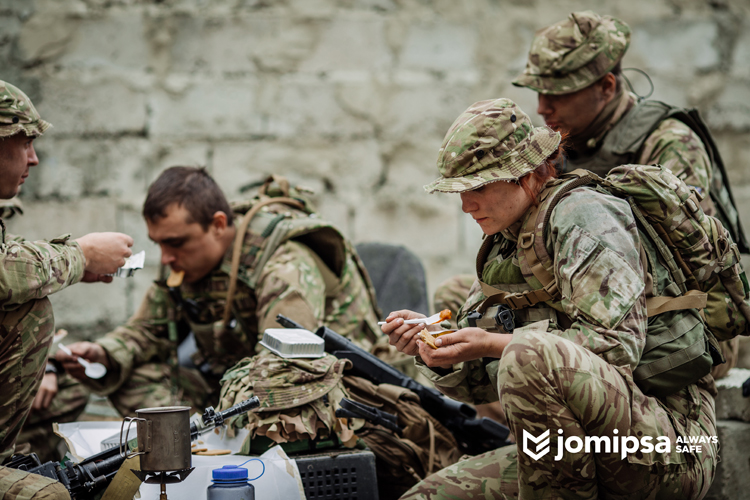 Press Release, 03 September 2019: Jomipsa lands in South America together with the distributor Servivac, specifically in Santiago de Chile. This new venture allows Jomipsa to get closer to the South American military institutions, such as the Chilean Army, for whom they have already had the opportunity of supplying food rations. Having taken this step, direct and fast commercial relationships are opening up thanks to this new location.

Servivac began operating in Santiago de Chile in 2001, developing trade by selling uniforms and equipment for defence, mountaineering supplies and MRE food rations. Their impeccable track record has allowed them to work with important customers, such as the Chilean, Ecuadorian and Uruguayan armed forces and the various South American mountain units. In addition, they have participated in interesting projects such as Chilean expeditions to Everest. Thanks to their various strategically located subsidiaries across Chile they can respond efficiently to the demands of neighbouring countries such as Brazil and Paraguay.

At the same time, Jomipsa is a Spanish company located in Alicante, specialising in the research, development and manufacture of combat rations and hygiene kits for more than 35 years. Jomipsa is considered a benchmark in the military food rations and kitting sector. Throughout the whole working process, the company is focused on high quality standards, thanks to holding strict certifications (FSSC ISO 22000, ISO 9001, and ISO 14001) and with a working method that guarantees their customers fully customised products. Their excellent track record has allowed them to work with armies and emergency units from all over the world, as well as cooperation with major international NGOs.

The new paradigm is a milestone for both Servivac and Jomipsa, because together they will be able to increase and strengthen institutional relations of those bodies that require MRE food rations for their troops, as well as allowing them to develop new projects thanks to their joint know-how.

Featured, JOMIPSA, Ration Packs, Rations, SERVIVAC
You may also like