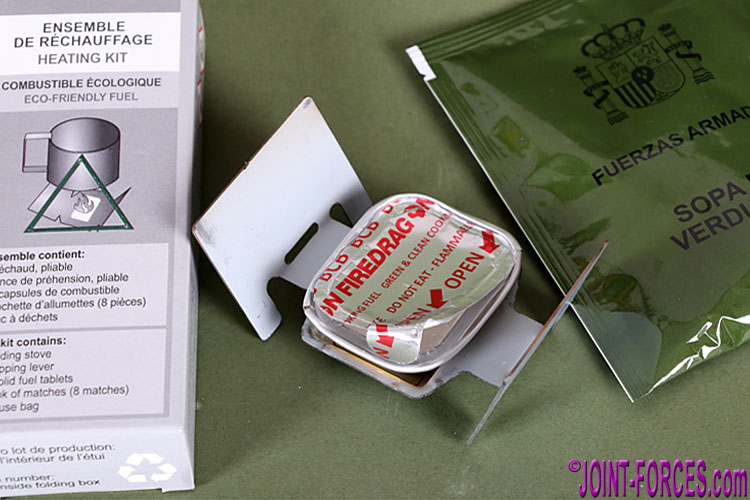 When it’s cold and gloomy a warming drink is one of the best ways of raising morale in the field – cue the FireDragon Mini Heating Kit from BCB of Cardiff, writes Bob Morrison.

While I editor of the no longer published COMBAT & SURVIVAL Magazine I had to devote a portion of my time to the topic of survival, and indeed in the past I also co-authored books on the subject, so it is something I know a little bit about.

Here on the peaceful British Isles where, other than in the Highlands & Islands or the remotest parts of Wales, one is seldom more than a few miles away from a supermarket and natural disasters are a comparatively rare occurrence, the topic of outdoor survival does not really play much of a part in most people’s lives but in war or in times of civil unrest things change drastically. Soldiers, who spend a lot of time training out on the ground, usually quite quickly learn how to live off the land to some extent if necessary, but downed aircrew start off at a major disadvantage so are usually equipped with a small Personal Survival Kit, usually carried about their person in case needed, to give them the very basics to keep alive for the first 24 hours.

The latest and smallest of the FireDragon Heating Kits produced by BCB International, which fits into a cardboard box measuring just 118x48x22mm and includes both a tiny stove plus three fuel pods and matches, has been engineered for a very specific NATO tender requirement for a survival-sized cooker. It will not, and is not intended to, cook a ‘boil-in-the-bag’ retort pouch but it will produce sufficient heat to warm up water for a morale-boosting drink using a coffee sachet, stock cube or powdered soup (the last two being common inclusions in aircrew survival kits). To check for myself that the little 7g FireDragon pod will actually do this – I never believe lab reports as they are prepared in, well, laboratory conditions – on an autumnal day last week I used a single pod to warm up 250ml of water and stirred in a sachet of Jomipsa’s Sopa De Verduras from a Spanish Army ration pack, decanted it into my large FOLD-A-CUP, gave it another good stir to ensure the croutons were properly reconstituted, then necked it. Delicious!

This BCB mini-cooker can also be used to warm canned rations, but remember to pop the top first to allow for expansion.