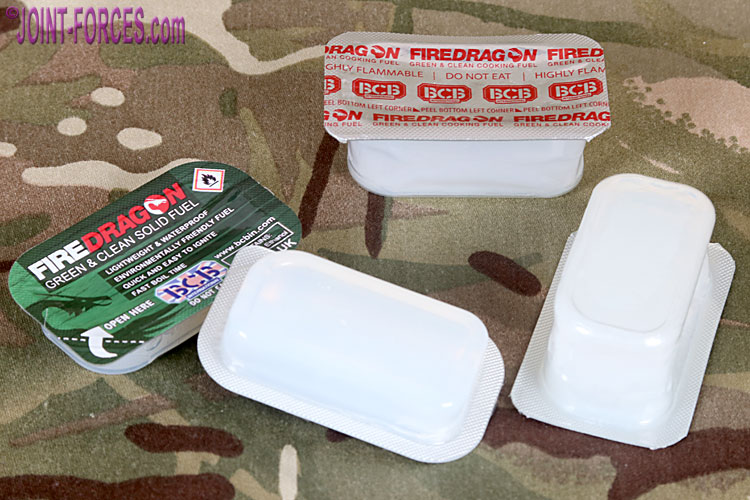 While discussing the Survival Kit Individual (SKI) Mk.4 issued to RAF and other air forces’ aircrew, an example of which we will shortly review, I mentioned to one of the BCB International team that it was a pity that their new and non-toxic FireDragon fuel blocks were too large to fit in a survival tin. That particular issue, the company representative informed me, has now been addressed and smaller 18g pods are in production.

We now have a couple of six-packs of the new size ethanol-based solid gel fuel blocks to try out for ourselves and plan to bring you our thoughts in a week or two, after we have the chance to use them in the FireDragon Folding Cooker which has been on issue, along with the standard size 27g pods, with UK Forces on operations for the last couple of years. Naturally we do not expect the new survival size fuel blocks to provide as much heating time as their full-size siblings, but as only 14g hexamine tablets are currently included in the SKI Mk4 this should not be a major issue. Watch this space for more.