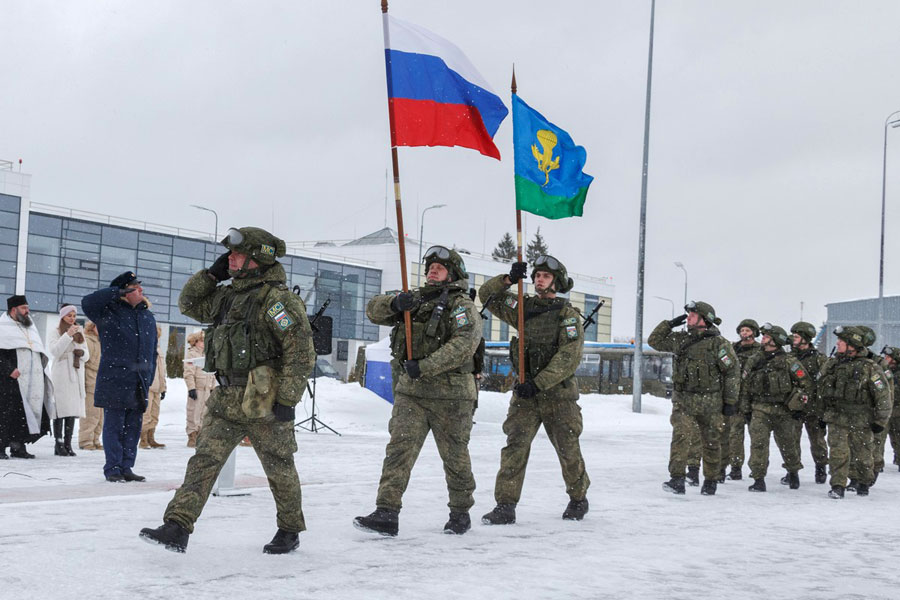 As the CSTO collective peacekeeping forces mission in Kazakhstan draws down, a welcome home ceremony was held for Russian paratroopers.

Press Release, Moscow, 15:45, 15 January 2022: A welcoming ceremony for Russian paratroopers who performed the tasks as part of Collective Peacekeeping Forces of the CSTO in the Republic of Kazakhstan was held at Chkalovsky airfield near Moscow.

During the solemn meeting representatives of the Airborne Command congratulated the paratroopers on the successful completion of all the tasks and thanked them for their professionalism. The song and dance ensemble of the Airborne Forces congratulated the peacekeepers with musical performance. At the end of the solemn meeting, the personnel begun unloading equipment for subsequent departure to the point of permanent deployment.

Today, seven military transport aircraft of the Russian Aerospace Forces (three An-124 Ruslan and four IL-76) with Russian peacekeepers from the Collective Peacekeeping Forces of the CSTO on board arrived from Kazakhstan at the Chkalovsky airfield near Moscow. Ten aircraft of the Russian Aerospace Forces with peacekeepers on board landed at the Severny airfield near the city of Ivanovo.