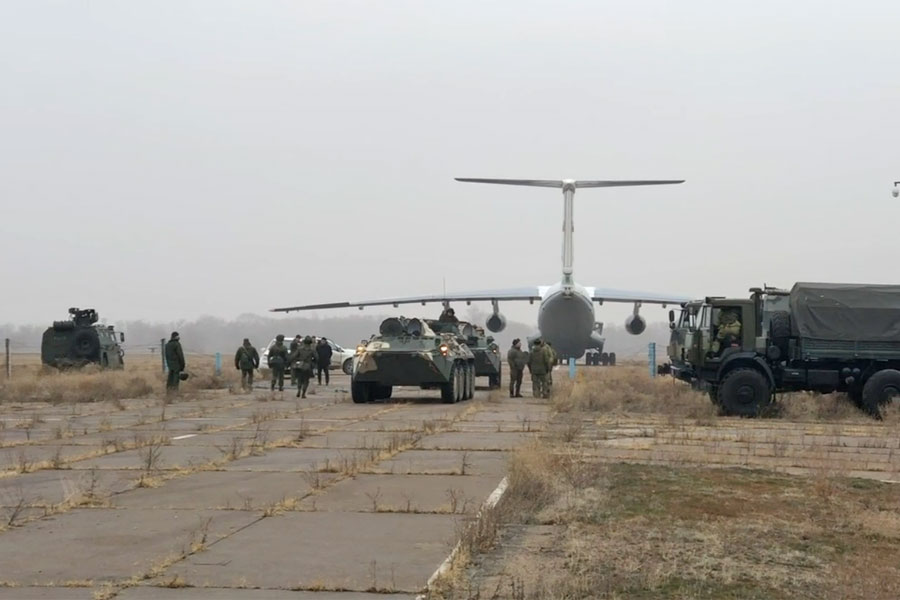 The main missions of the Collective Peacekeeping Forces (CPF) will be to protect important State and military facilities, to cooperate with law enforcements of the republic aimed to stabilise the situation and to rehabilitate its legal boundaries.

Antecedently, a peacekeeping company of the 103rd airborne brigade of Vitebsk that forms part of the Special Operations Forces had been sent from Belarus to Kazakhstan with the purpose of normalising the situation in the republic. Apart from the Belarusian and Russian servicemen, the CPF is formed by the units of the armed forces of Armenia, Kyrgyzstan and Tajikistan.

Editor’s Comment: The above English language Press Release, which is otherwise printed verbatim, has been edited to remove erroneous references to the OSCE. Although Russia and Belarus, along with Kazakhstan, are members of the OSCE the CPF (Коллективных миротворческих сил or КМС) is a Russian-led CSTO (Collective Security Treaty Organisation) mission, not an OSCE (Organisation for Security and Co-operation in Europe) mission. As we do not have a contact telephone number for the CSTO to query the release, we sought clarification direct from the OSCE who stated to that the use of the abbreviation may be a translation typo by the originator as the Russian language version of the release states CSTO.