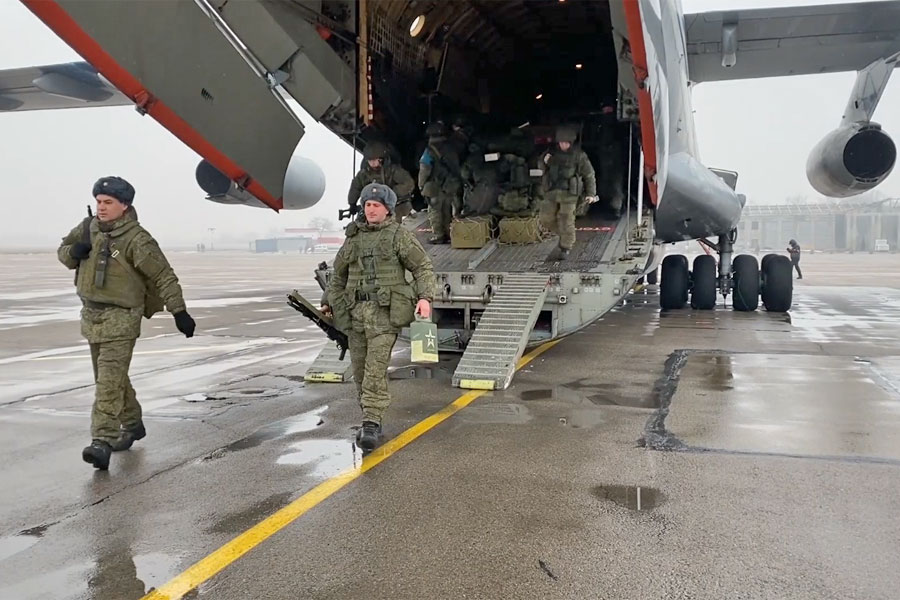 Units of the Russian peacekeeping contingent, after clarifying the situation, began to carry out the assigned tasks.

Air group of more than 70 Il-76 and 5 An-124 aircraft created by the Russian Ministry of Defence transfers units of the Russian contingent of the CSTO peacekeeping forces to Kazakhstan around the clock.

Press Release, Moscow, 16:15, 07 January 2022: Twelve Russian military transport aircraft Il-76 and An-124 flew from the Chkalovsky airfield near Moscow for the prompt delivery of servicemen and airborne forces to the airfields of Almaty and Zhetygen of the Republic of Kazakhstan.

By agreement with the Kazakh side, servicemen of the CSTO collective peacekeeping forces are not involved in the ongoing operational and combat activities of local law enforcement agencies and army units to establish law and order in the country.