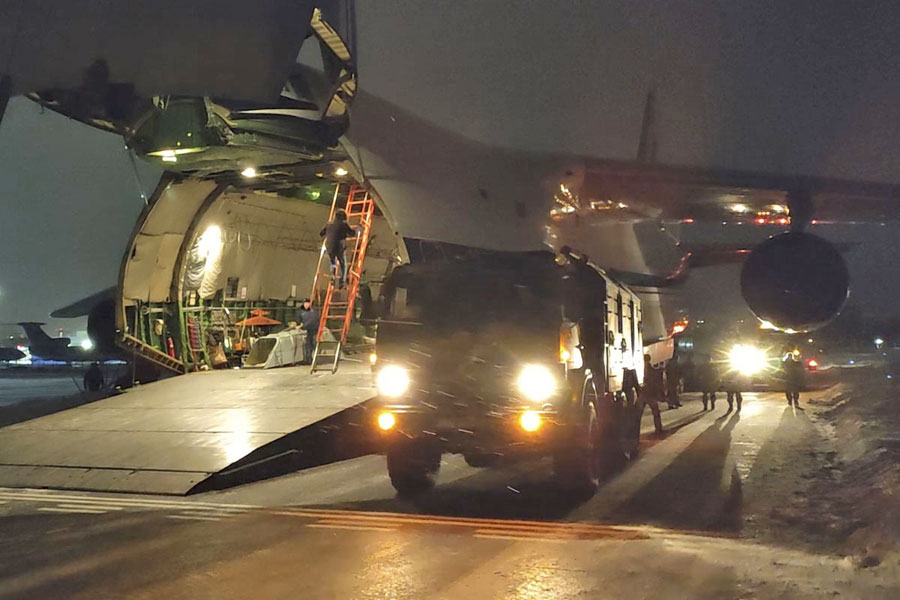 Relocation of the Russian contingent of the CSTO peacekeeping forces to the airfields of the Republic of Kazakhstan continues.

Press Release, Moscow, 05:00, 08 January 2022: Relocation of the main forces of the Russian contingent of the CSTO peacekeeping forces to Almaty and Zhetygen airfields of the Republic of Kazakhstan continues by military transport aircraft from airfields in the Moscow, Ivanovo, and Ulyanovsk regions.

The main tasks of the Collective Peacekeeping Forces of the CSTO will be the protection of important state and military facilities, assistance to the forces of law and order of the Republic of Kazakhstan in stabilising the situation and returning it to the legal field. From the Russian Federation, subdivisions and military units of the Airborne Troops entered the CSTO Collective Peacekeeping Forces.