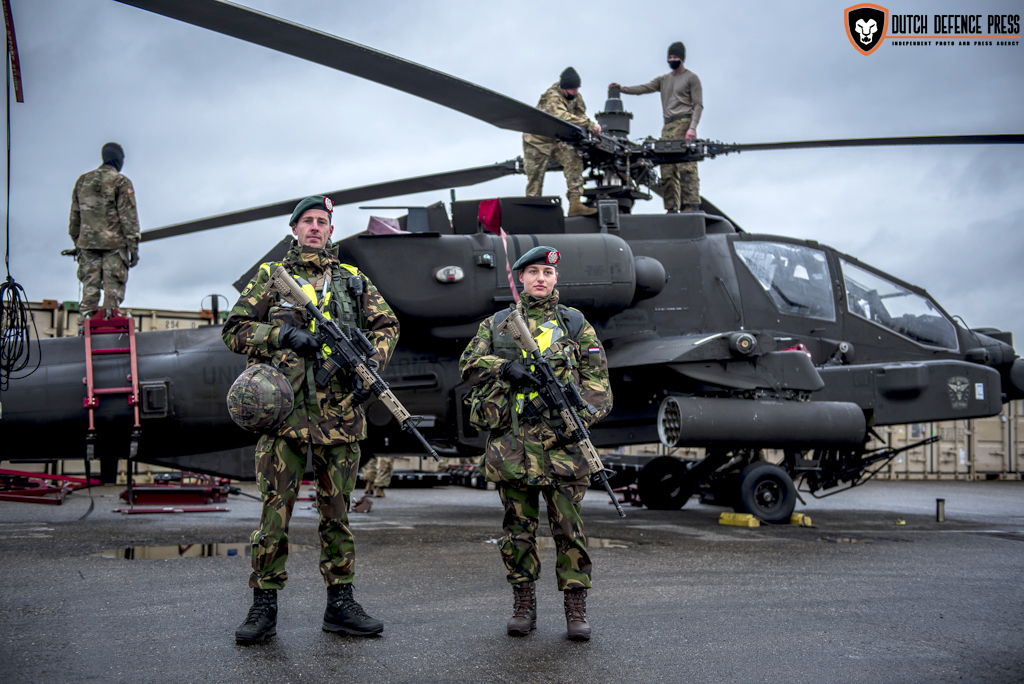 After a nine month ATLANTIC RESOLVE rotation to Europe, the 101 Combat Aviation Brigade (CAB) is returning home to their base in Kentucky, reports Gerard van Oosbree.

6-101 Combat Aviation Brigade is returning home: After a nine month ATLANTIC RESOLVE rotation to Europe, the 101 Combat Aviation Brigade (CAB) of the 101 Airborne Division (Air Assault) is returning home to their base at Fort Campbell, Kentucky. What started with a debarkation at the port of La Rochelle in France, ends at the Port of Rotterdam, the Netherlands. The last European stop that brought the units of 6-101 all across Europe.

Most of the almost one thousand personnel of the ‘Wings of Destiny’, as the battalion is known, have already returned to their families in the USA. Those needed for the redeployment ended up in the Netherlands. From here a transport ship will bring all their equipment, vehicles and helicopters back State-side.

The ATLANTIC RESOLVE deployment saw units of the 101 CAB travel all over Europe. From Latvia all the way south to Greece and even Turkey; the units that ended up that far south will redeploy from Greece. This still leaves several hundred vehicles, trailers and containers to be shipped from Rotterdam. All this was road-moved to the port on civilian trucks and trailers and neatly parked for easy loading once the ship arrives.

That left 35 helicopters; the 23 Blackhawks, nine Apaches and three Chinooks flew in from various stations in Germany with a stop at Eindhoven AB.

Members of the 96th Aviation Support Battalion (ASB) ‘Troubleshooters’ were waiting for the helicopters to get them ready for sea transport. Major Sattler is the commander of the 96th. “My unit is here to receive, fold the rotor blades and configure the helicopters so they fit in the ship. A team will load them when the ship is in port.” The ‘Troubleshooters’ is the second line maintenance unit of 101 CAB. The major is very happy with the cooperation with the Dutch military who act as hosts. “Our countries have a long history of cooperation. The support, our discussions and information sharing are really fantastic.”

The Dutch military provide what is called Host nation Support (HNS) to the American unit when it is on Dutch soil. That ranges from providing escorts to the truck convoys to providing security in the harbour. For this a large pier and surrounding water was declared a Temporary Military Object. Major Ragetlie is in charge. “I’m like the barracks commander of this site,” he explains. The major is a Reservist with 13 Light Brigade from Oirschot. He acts as C-SPOE, Commander Sea Point Of Embarkation. “Here we use a civil pier in the port of Rotterdam. It has been declared TMO. This requires separate decision-making, which is published in the Government Gazette. As a result, the area is in fact a kind of barracks where military resources may also be used for the tasks performed there.”

Security is provided by teams from the Dutch Army National Reserve’s 30th Battalion. These Reservists have guarding and security as their main task and are trained in this. Private Peter of the first platoon of A company, 30 NATRES (Korps Nationale Reserve) Battalion from Vlissingen is standing at the gate. “Our company provides the Reservists for guarding the American helicopter unit for two weeks. We do that in our spare time. In daily life I am a forklift driver at a factory that produces fried onions. I signed up for a day because everything was already taken. This work is what we train for. ” The NATRES soldiers carry out the surveillance and security of the TMO in a day and a night shift. In addition to the access control at the gate, they run patrols across the site.

If everything goes according to plan and the ship is not delayed, the pier should be empty again by the third week of April. Host Nation Support is an important task for a country like the Netherlands, with various seaports, airports and a good rail and road network. And whether it concerns a large-scale displacement like this one or a few vehicles from, for example, Belgium, good hospitality is important. After all, we also often move abroad for exercises and deployments. And a good example is good to follow.