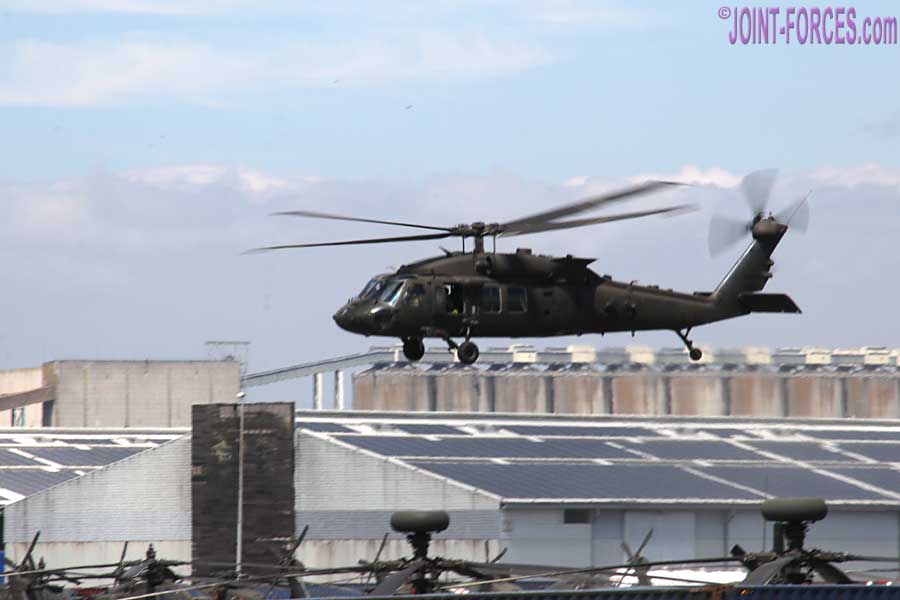 The first wave of 101st ACAB helicopters, including Apaches, Black Hawks and Chinooks, departed the port of La Pallice in La Rochelle on Monday afternoon and this afternoon (Thursday) a flight of five more Black Hawks initiated the second wave. It is believed that by tomorrow the last of the 63 aircraft delivered by ARC Endurance across the Atlantic from Jacksonville last week should have left the Temporary Military Zone set up on the French quayside, bound for training areas in Poland, Lithuania and Latvia up to 3,000km distant.

ARC Endurance herself departed the port on the high tide on Tuesday night, believed to be heading for Greece to drop off more helicopters, vehicles and materiel.

Note: We plan to produce a fuller feature on this deployment phase of ATLANTIC RESOLVE 6 operation once back at our HQ in the UK.