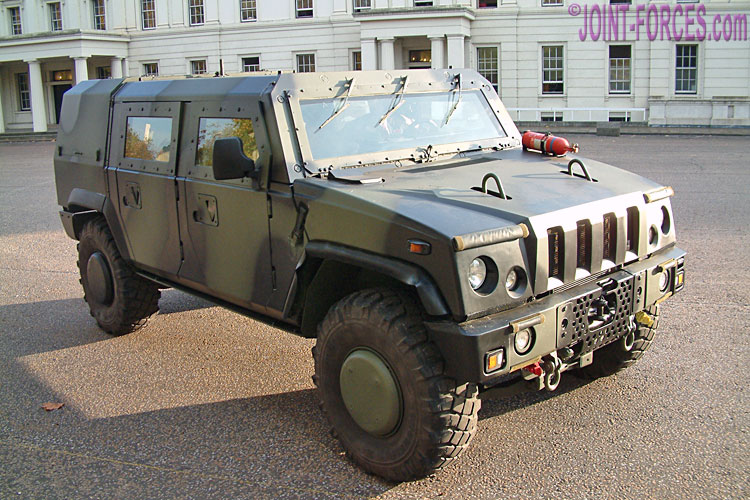 The UK Forces vehicle now known as the PANTHER Command and Liaison Vehicle was born out of a late 1980s study on Future Light Armoured Vehicles – aka FLAV, writes Bob Morrison.

The UK Ministry of Defence procurement process might not be the best in the world at providing new equipment and systems on time and on budget, but its civilian personnel cannot be faulted on how they manage to keep many projects rolling, consequently ensuring they always have a job, for year after year and sometimes decade after decade.

The British Army study paper, FLAV, which generated the Family of Future Light Armoured Vehicles or FFLAV identified that both the tracked FV432 personnel carrier and the Combat Vehicle Reconnaissance (Tracked) or CVR(T) plus the wheeled Ferret Scout Car, as well as some other legacy lightly armoured vehicle types, were effectively at or beyond their sell-by date. The Ferret, which would serve operationally in the 1991 Gulf War as there was nothing else available to do the job at the time, was pensioned off shortly afterwards but both the FV432 (upgraded at great expense to Mk.3 standard, as BULLDOG, to serve in Iraq in the aftermath of the 2003 Gulf War) and some of the CVR(T) family (upgraded to serve in Afghanistan) are still in service thirty years down the line.

The FFLAV programme, which as its names suggests was a project to find a family of vehicles which would reduce the wide number of different types in service as the Cold War drew to a close, did not last long and by 1992 separate programmes were being developed. TRACER, the Tactical Reconnaissance Armoured Combat Equipment Requirement, was primarily intended as a CVR(T) replacement. This project lasted on the drawing board a little longer, but in late 1997 it was decided to cooperate with the United States as their FSCS,Future Scout Cavalry System, was broadly similar and by the summer of 1998 the joint US-UK ASRV, or Armoured Scout and Reconnaissance Vehicle, project was agreed by both governments. Almost a decade after a requirement for a new vehicle was identified, and several years after the obsolete Ferret was taken out of service, no suitable replacement vehicle had yet been identified.

It was clear that production of ASRV was many years down the line and indeed it is only now, after that project faltered and FRES replaced it, that the AJAX family of Scout Vehicles is seemingly getting close to British Army service three decades after the FLAV study was published. Around the outset of the ASRV programme it was decided that the British Army and RAF Regiment really needed a smaller, and wheeled, Command & Liaison Vehicle so a formal requirement was issued around the start of the millennium. At least six or seven companies or consortia initially expressed interest, including Iveco with their Puma 4×4 scout vehicle recently developed for the Italian Army, but as we saw in the previous UK Future Command and Liaison Vehicle feature, only three companies with five different vehicle types finally made it through to the Trials phase at ATDU in 2001/2002.

The winner following these trials at Bovington was the Iveco LMV or Light Multirole Vehicle, now know as LINCE (LINX) in Italian service, but it was Coventry-based Alvis who offered it to the UK MoD. The announcement of the FCLV selection was made by Alvis, who had now absorbed their trials competitor Vickers to form the Alvis-Vickers subsidiary, on 17th July 2003. This award was “subject to final contract negotiations” and these were completed later in the year with an official signing at Wellington Barracks in London on 6th November 2003, where most of the accompanying photos were taken by myself.

I still have copies of both the National and Regional Press Releases issued that by Alvis, from which the following paragraphs are reproduced:-

“FCLV will be used for a wide range of battlefield missions, with variants for infantry, artillery, armour, engineer and signals users, and will replace the ageing vehicles that are currently used in these roles. These include the Alvis Saxon, the Alvis Spartan, the Alvis FV430 series and unarmoured Land Rovers.

“The FCLV programme will result in several prototypes being produced in the short term to complete the ‘demonstration phase’ of the FCLV programme, which will run until 2005, followed by the series production of 486 vehicles, to be delivered between 2006 and 2009.”

It would actually be 2008 before FCLV / MLV, christened PANTHER, entered service and I will look at this aspect in a follow-on feature. When initially conceived by UK MoD at the end of the 20th Century, FCLV was not intended for operations in an asymmetric warfare environment or to face the type of threats which would evolve in Iraq a few years later – unlike the Italian Army version the variant procured by UK MoD only had STANAG 4569 Level 1 protection – so additional armouring subsequently had to be procured and a batch of vehicles converted for service in Afghanistan, where this upgraded batch became known as the PANTHER Protected Command Vehicle; but that is definitely a story for another day.