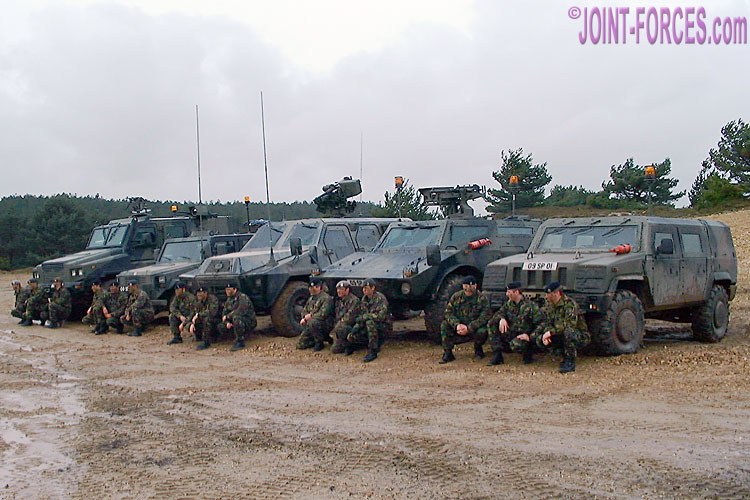 The five FCLV contenders photographed at Bovington in 2002 [©BM]

On the cusp of the 21st Century the UK Ministry of Defence announced a future requirement for a lightly armoured wheeled Command and Liaison Vehicle, writes Bob Morrison.

For this brief armour feature I have gone back 18 years to look at the origins of one of the UK’s shortest-lived core fleet armoured vehicles of the modern era. In January 2002, at the invitation of UK Defence Procurement Agency and ATDU, the Armoured Trials & Development Unit at Bovington, I was given the chance to both photograph the five down-selected contender vehicles for what was then known as the Future Command and Liaison Vehicle or FCLV project and also travel around the Hungry Hill off-road test circuit in three of them.

The original MoD requirement was for a fleet of at least 400 vehicles, and possibly as many as 800, to be used by specialist teams from the Royal Armoured Corps, Royal Artillery, Royal Engineers, REME and RAF Regiment. The new vehicle, anticipated to be in service in 2006, was intended to replace a mixed fleet of about 600 tracked and wheeled vehicles, including FV432 and CVR(T) variants as well as some Saxons and some of the 1,000-strong Land Rover CAV 100 (Snatch) fleet. Contrary to popular belief at the time, based on a misunderstanding and selective reading of the requirement, a belief accompanied by howls of protest on internet forum sites, there was never any intention to replace the mainstream Land Rover Wolf fleet with the FCLV.

In June 2001 it was announced that out of six companies / consortia which had expressed a firm interest in producing FCLV, three had been chosen to provide test vehicles for Risk Reduction and Trials. Two of the three companies, Alvis and Vickers, decided to put forward two very different prototypes apiece, resulting in a total of five different vehicles being put through their paces by ATDU at Bovington. Nine months after these vehicles were photographed Alvis bought up Vickers, forming Alvis Vickers, and in June 2004 Alvis Vickers was bought by BAE Systems after General Dynamics pulled out of its attempt to buy the British armoured vehicle manufacturer. The fifth vehicle trialled was offered by Hunting Engineering, which became INSYS as part of a management buyout within a couple of months of their proposed vehicle being selected for the ATDU trials.

In June 2003 it was announced that Alvis (now including Vickers) had been successful with its Iveco MLV entry; the photo below was taken at the time at Wellington Barracks in London. The subsequent order would be for 401 of what would be known as PANTHER Command & Liaison Vehicle in British Army and RAF Regiment service, with an option for up to 400 more at a later date. (In case some think I’ve forgotten the Royal Marines, they didn’t have a requirement for a 4×4 CLV as they had BvS10 Viking in the wings).

On 17th July 2003 the company released the following statement:-

“Alvis plc is pleased to announce that its UK subsidiary, Alvis Vickers, has today been selected as winner of the competition to supply the Future Command and Liaison Vehicle (FCLV) for the British Army.

“Subject to final contract negotiations, Alvis Vickers will receive a contract valued at around £200m to supply almost 500 MLV vehicles. MLV is a 4×4 high mobility light armoured vehicle providing protection against small arms fire and mines. The MLV is based on the Iveco LMV vehicle which has been developed for a major Italian Army programme. For the FCLV programme Alvis Vickers will install UK mission equipment comprising principally a weapon station, armour pack and communication systems. MLV is a complete family of vehicles around 7 tonnes incorporating the latest automotive technology. It will be used in a wide range of Command and Liaison roles in the British Army, replacing a variety of older vehicles.

“The demonstration phase of the programme will run until 2005, and series deliveries will take place between 2006 and 2009.”

PANTHER entered UK service in 2008, but curiously in 2018 it was reported that the MoD was trying to sell off the fleet despite it only being a mere ten years old. By way of comparison, the Land Rover ‘Wolf’ Defender 110 fleet ordered in 1996 is now expected to remain in service until 2030, the 1960s-era FV432 (given a new engine and renamed Bulldog) is still in service, and so too are some of the 1970s-era CVR(T) models which PANTHER CLV should have replaced. I plan to look closer at PANTHER in follow-up articles. 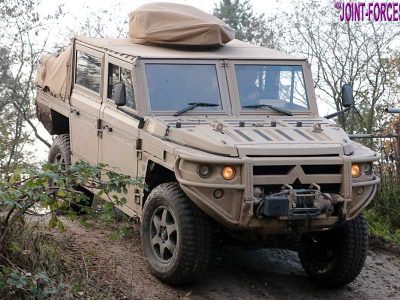 Off-Road With The Defenture GRF VECTOR 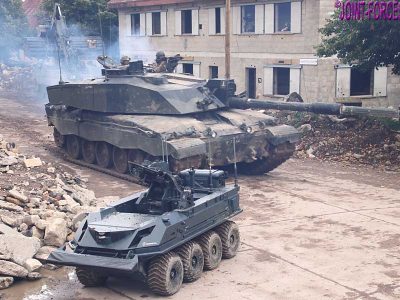