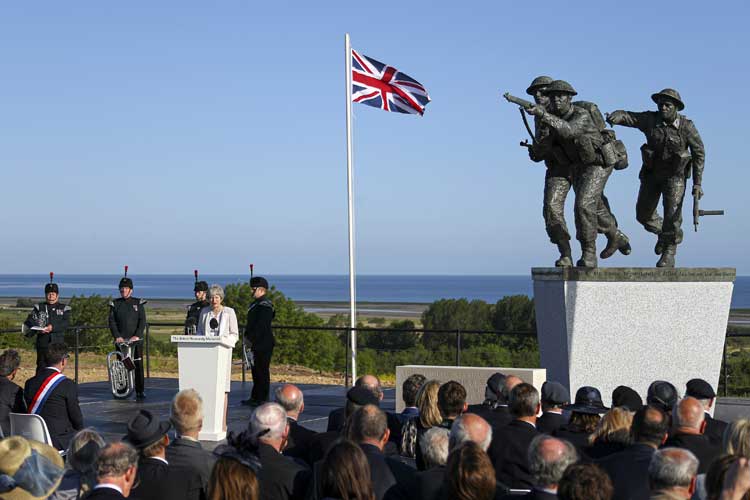 Press Release, 06 June 2019: An inauguration ceremony, including the unveiling of the D-Day Sculpture commissioned by the Normandy Memorial Trust, was held at the British Normandy Memorial site in Ver-sur-Mer, France. The event was attended by the UK Prime Minister and French president Emmanuel Jean-Michel Frédéric Macron, as well as those who have been involved in the memorial project.

This morning, Normandy paid tribute to D-Day veterans who fought in the biggest amphibious invasion on its shores. In the presence of world leaders, the general public, veterans and the Armed Forces, ceremonies took place across Arromanches, Ver-sur-Mer and Bayeux. The day’s events began in Arromanches, where the Army marked the exact moment the first British soldier landed on Gold beach with a piper from the 19th Regiment Royal Artillery playing atop a piece of the Mulberry harbour. The event culminated in a flag raising with troops from the Royal Logistic Corps.

Later in the morning, in the presence of British Prime Minister Theresa May, French Prime Minister [sic] Emmanuel Macron, veterans, military musicians and personnel, the D-Day sculpture, commissioned by the Normandy Memorial Trust was unveiled in Ver-sur-Mer. The site will eventually host the British Normandy Memorial in honour of all those who lost their lives serving under British Command during the Normandy Campaign.

Pushing inland, in Bayeux, the first town liberated by the allied forces, The Royal British Legion held their service at Bayeux Cathedral attended HRH Prince of Wales, the Prime Minister and the Defence Secretary. After the ceremony, veterans were paraded to the Commonwealth War Graves Commission’s Bayeux cemetery service which was supported by a tri-service Guard of Honour and military musicians. 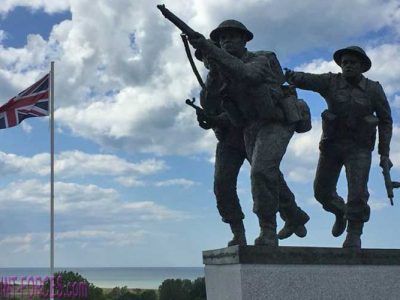 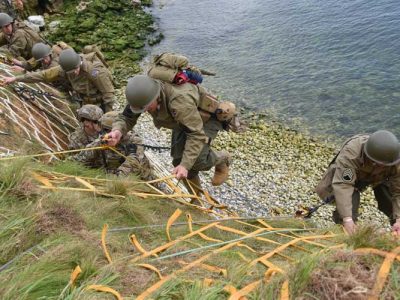 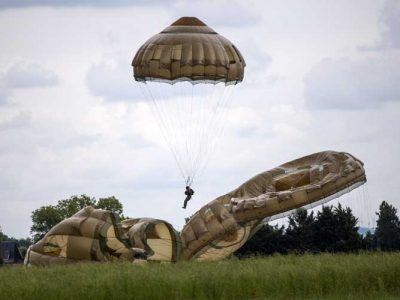