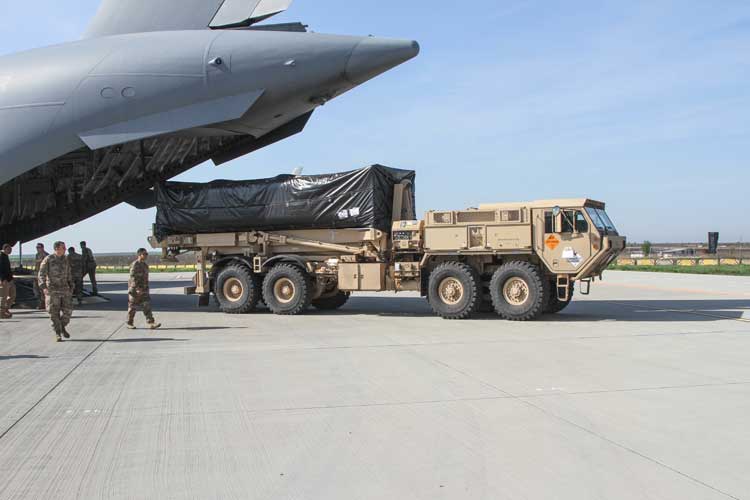 NATO Press Release: At the request of NATO, the United States has deployed a Terminal High Altitude Area Defense (THAAD) battery – a missile defence system built to intercept incoming ballistic missiles – to Romania, to supplement the existing system during maintenance.