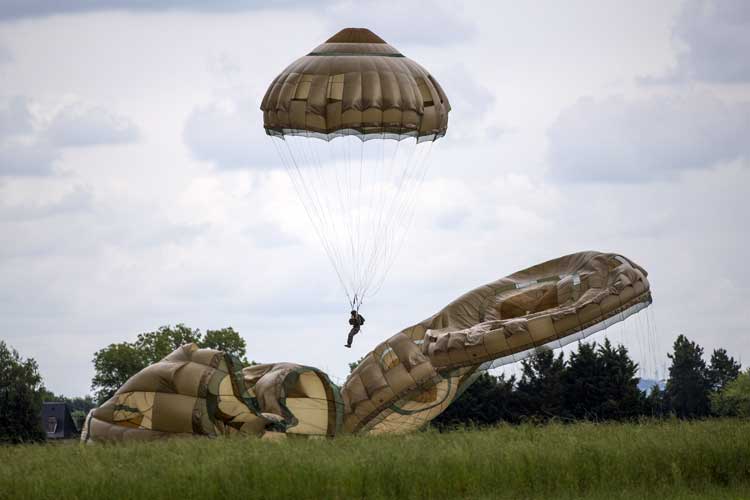 Approximately 280 British and French Paratroopers today carried out a D-Day 75 commemorative parachute descent onto fields on the outskirts of Sannerville.

Press Release, 05 June 2019: Approximately 280 paratroopers, including 130 UK troops from 16 Air Assault Brigade and 150 from the French Army’s 11e Brigade Parachutiste, carried out a commemorative parachute descent onto fields on the outskirts of Sannerville.

In the early hours of 6 June 1944, the same fields served as Drop Zone ‘K’ for the 8th (Midlands) Parachute Battalion, who destroyed bridges to restrict German freedom of manoeuvre. The 6th June 2019 marks the 75th anniversary of the D-Day Landings and the Battle of Normandy.

The British Army, other nations, veterans and civilians will be present across Normandy and many events in Ranville, Sannerville, Caen, on Sword beach and at Pegasus bridge. We will remember the sacrifice and heroism of those who bought freedom through their actions 75 years ago.