Know Your MultiCam ~ OEFP or OCP? 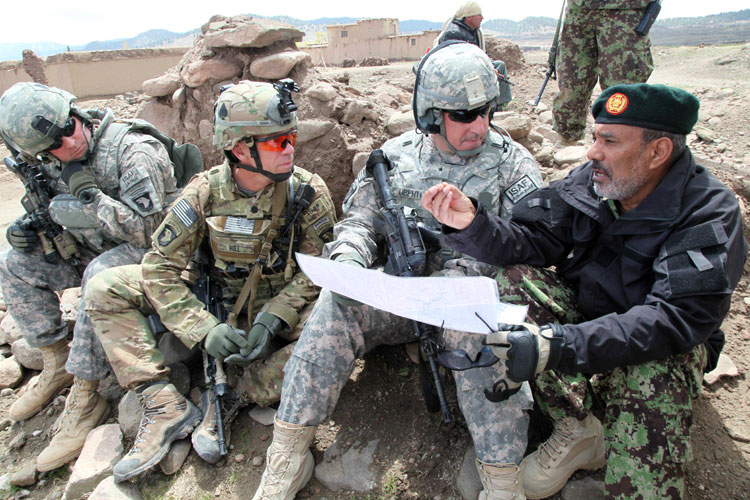 There are so many variations and copies of MultiCam, the commercial camo pattern originally produced by Crye Precision, that they can cause a fair bit of confusion, writes Bob Morrison.

This very brief article, prompted by a question I am often asked when discussing specific camouflage patterns with both military personnel and militaria enthusiasts, is intended to set the scene for a forthcoming mini-series of Kit & Camo articles on recent issue US Army uniforms.

So what is the difference between MultiCam / OEFP and OCP? Although many seem to think that the proprietary MultiCam pattern, which though often copied is actually protected by copyright and trademark legislation, started the current camo revolution this honour actually goes to a predecessor pattern developed around the cusp of the millennium for a US Army requirement. To cut a very long story short this MultiCam predecessor which is now generally referred to as Scorpion was not originally chosen because the US Army decided to follow the example set by the US Marines with their digital or pixellated MARPAT patterns and instead opted for the digital Universal Camouflage Pattern or UCP. However Crye Precision realised they had a potential commercial winner on their hands and, to avoid Intellectual Property Rights issues, they further developed Scorpion pattern by adding some near vertical elements to the design and what we now know as MultiCam was born. My attention was first drawn to this pattern by my facilitator and friend ‘Sniper John’, who spotted it was being worn operationally in Chad after our sadly missed colleague Yves Debay photographed it on militia in that combat zone in 2008.

American and Allied Special Forces, including to a limited extent British, also started wearing the commercial MultiCam pattern in Afghanistan and Iraq in the early years of the new millennium and it quickly found favour with the international SpecOps community. Indeed so successful was this design that it was even mimicked by several nations endeavouring to avoid the initially high licensing fees for using the copyrighted and trademarked original pattern and fabrics; both Chinese and Russian MultiCam-inspired patterns are also often seen. In contrast, the United Kingdom MoD’s Defence Science & Technology Laboratory (Dstl) commissioned Crye Precision to develop a licensed variation which blended elements of the British DPM or Disruptive Pattern Material camo with the design and colours of MultiCam resulting in the copyright-protected MTP of Multi-Terrain Pattern issued from 2010.

British MTP can also be confused with MultiCam as the colours are very similar and some areas of the overall pattern are near identical, but the ‘pterodactyl’ shapes incorporated from the earlier DPM pattern are usually a good give-away, and when viewed up close the heavily spattered edges of some of the printed shapes are another identifier.

The operational introduction of the new British MTP coincided with a decision by the US Army to start replacing the ineffectual Universal Camouflage Pattern with MultiCam for operations in Iraq, after in-theatre comparison trials of a four-colour Delta version of UCP returned poor results against the proprietary camo. On 19th February 2010 it was formally announced: “The Secretary of the Army announced today that the Army will provide combat uniforms in the MultiCam pattern to all soldiers deploying to Afghanistan in support of Operation ENDURING FREEDOM, starting this summer.” The introduction of this Operation Enduring Freedom Pattern or OEFP camo was, however, just a stopgap measure and after an initial announcement in 2014 on 1st June 2015 a Washington Press Release stated: “ The Army announced today the release of the Operational Camouflage Pattern in Soldier uniforms. The Operational Camouflage Pattern will be available for purchase in select military clothing sales stores beginning, July 1.”

This new Operational Camouflage Pattern or OCP, usually referred to a Scorpion W2, is essentially a recoloured and slightly reworked derivative of the original pre-MultiCam US Army Scorpion trials pattern. Unlike MultiCam which has some near-vertical elements, often dubbed twiglets, OCP is a predominantly linear horizontal pattern and the easiest way to visually differentiate the two is to look for those twiglets; if you spot any it’s definitely MultiCam, but if only working off photos of troops wearing camouflage uniforms do not automatically assume that if you cannot spot any you must be looking at OCP as there are quite large areas of the fabric roll which have no verticals and also seams or pockets can break up the pattern.

In future Kit & Camo features I plan to focus on US Army soldiers wearing ACU in Germany in 2015, OEFP in Poland in 2016, and OCP on the Yakima Training Area in the US in 2019.