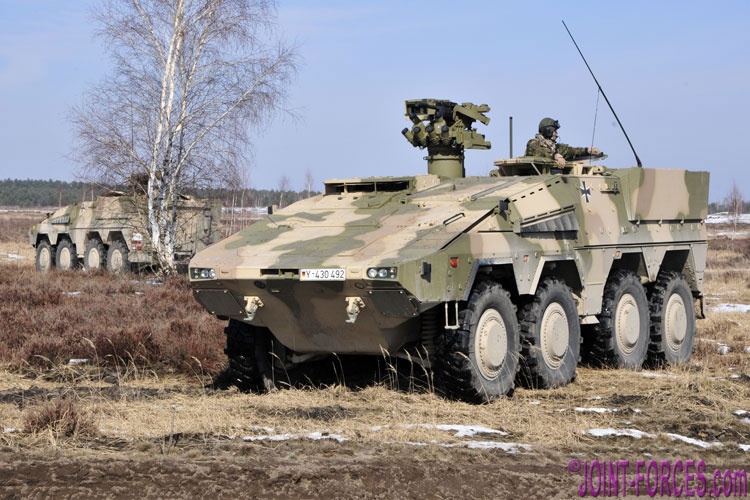 In this third part of the GTK Boxer Story, Carl Schulze explains how nations left and joined the programme around the cusp of the new millennium before eventually series production commenced.

In February 1999 ARTEC (ARmoured TEChnology) GmbH was formed as a joint venture by Krauss-Maffei Wegmann GmbH & Co KG, the MaK System GmbH and Britain’s Alvis Plc. ARTEC from this point functioned as prime contractor for the development and production of the GTK Boxer MRAV, including programme management, system engineering, configuration management and contract administration. 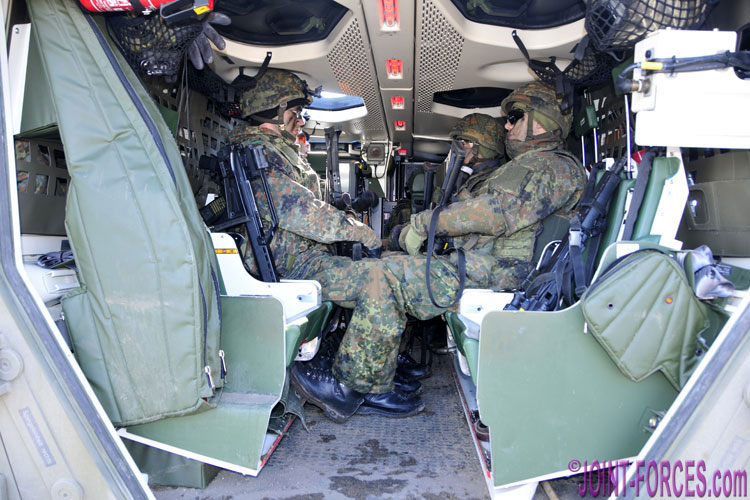 In September 1999 France pulled out of the project after an argument about the part its state-owned GIAT Industries (Groupement des Industries de l’Armée de Terre) would play in the development and production of the vehicle. Then in 2001 the Netherlands joined the programme as the armed forces of this nation planned to replace some of its ageing fleet of YPR armoured personnel carriers with the new vehicle; prior to joining the programme the country had been an observer since 1997. 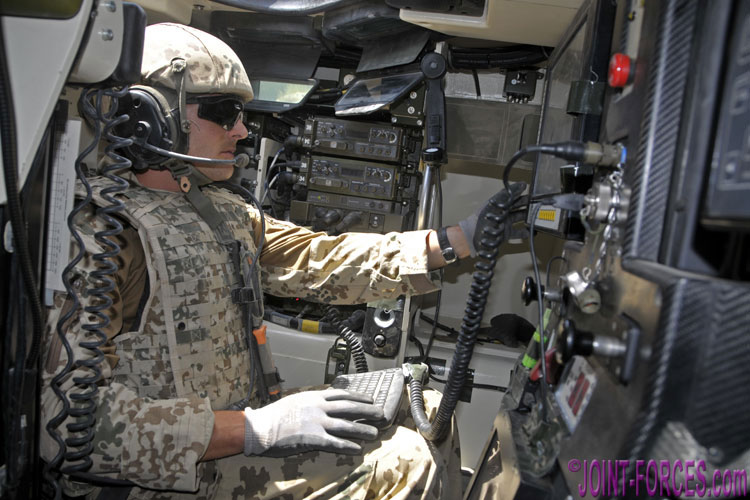 The vehicle commander is seated behind the power pack compartment, on the left side, centrally in the hull [© CS]

Also in 2001, production of the first GTK Boxer MRAV prototype for Germany started; the vehicle, an armoured personnel carrier version, being handed over for trials in December 2002. This vehicle was followed by a first GTK Boxer MRAV prototype for the Netherlands; a command post variant handed over in November 2003. Earlier the same year the United Kingdom announced its withdrawal from the Boxer programme as the vehicle would not meet requirements coming to effect by the 31st December 2004. 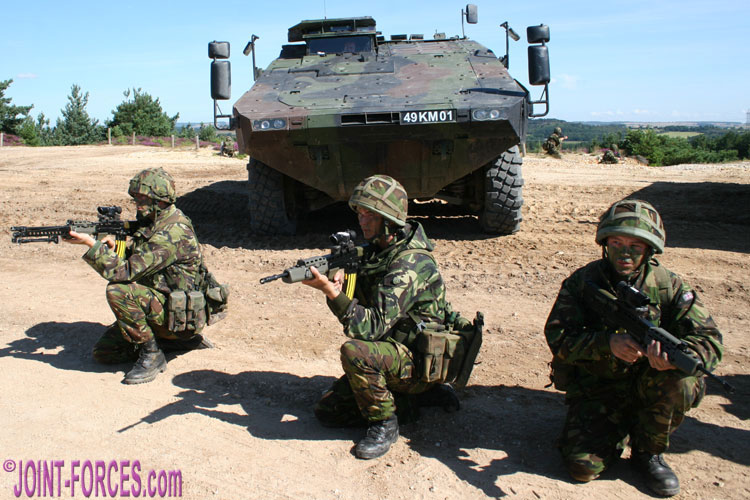 In May 2004 the British Army launched the Future Rapid Effect System (FRES) programme, including the wheeled FRES UV (Utility Vehicle) and the tracked FRES SV (Specialist Vehicle). FRES was to take the place of the GTK Boxer MRAV. Ironically in 2007 the GTK Boxer MRAV was one of the three vehicles that were examined for the FRES UV requirement.

Parallel with the British withdrawal Alvis Plc pulled out of the ARTEC GmbH. Today ARTEC GmbH is owned by Krauss-Maffei Wegmann GmbH & Co. KG, Rheinmetall Radfahrzeuge GmbH and Rheinmetall Nederland B.V. Here it has to be mentioned that the long development time of the GTK Boxer MRAV for a large part was the result of the constantly changing of partner nations, their requirements and the manufacturers involved. 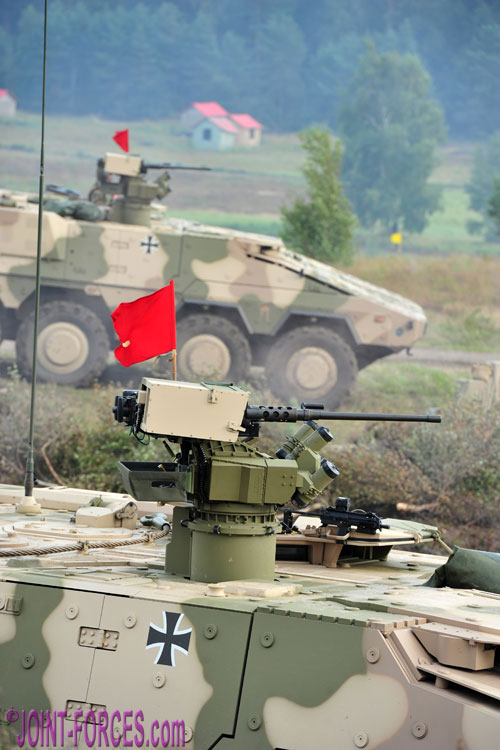 From Prototypes to Series Production
With the GTK Boxer MRAV programme being again a bi-national affair, work continued. Over the next few years the total of twelve GTK Boxer MRAV prototypes was completed, while at the same time intensive trials were conducted. Up to 2008, for example, as part of reliability trials the six German prototypes successfully covered 90,000km.

In the meantime, on 19th December 2006 a contract for the series production of the GTK Boxer MRAV was signed by the Organisation Conjointe de Coopération en matière d’ARmement (OCCAR), covering the production of 272 vehicles for Germany and 200 for the Netherlands. OCCAR was established by an administrative arrangement on 12th November 1996 by the Defence Ministers of France, Germany, Italy and the UK. The aim of the OCCAR is to provide more effective and efficient arrangements for the management of certain existing and future collaborative armament programmes. 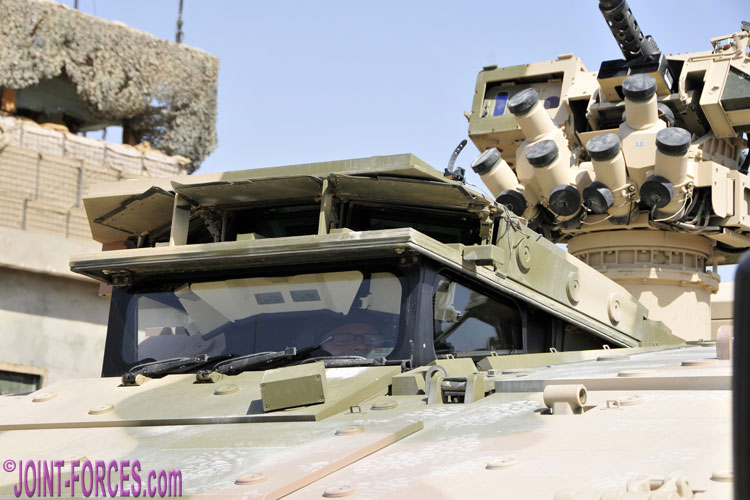 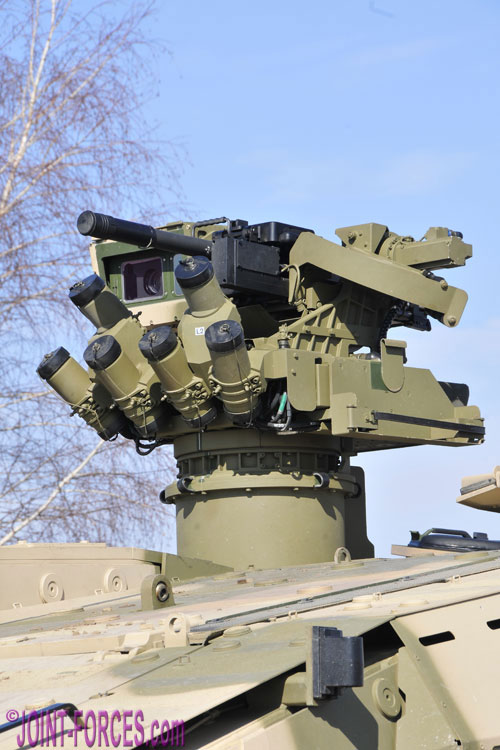 From early 2011 Jägerbataillon 292, a light infantry battalion of the Deutsch-Französische Brigade or Franco- German Brigade, was the first unit to receive the new vehicle and that August a first batch of five GTK Boxer A1 Gruppen transport fahrzeug APCs was deployed to northern Afghanistan for service with the German ISAF contingent. Among other minor modifications, the A1 variants now feature a mine protection kit, a raised (by 300mm) FLW 200 remote controlled weapon station and a Störsender CG-12 RCIED electronic counter measure system. In 2012 the GTK Boxer Führungs fahrzeug A1 command post vehicle and GTK Boxer A0 schwere geschützte Sanitätsfahrzeug heavy ambulance variants were also deployed to Afghanistan.