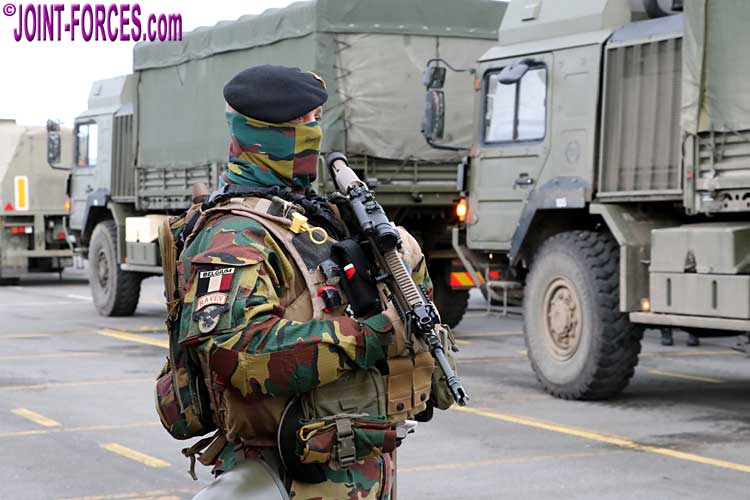 The first strategic sealift of military vehicles bound for the massive DEFENDER-Europe 20 exercise came ashore in the Belgian port of Antwerp this morning, reports Bob Morrison.

Over the next few weeks the Belgian Armed Forces plans to host at least six large transport ships, two British and four American, arriving in Antwerp carrying vehicles and equipment destined for DEFENDER-Europe 20 (DEF20) which is being billed as the largest NATO deployment exercise to Europe for over a quarter of a century.

This morning MV Eddystone, a British Point-class sealift ship berthed in Antwerp docks to unload a large number of military vehicles for the exercise. The Belgian Army and Navy provided Host Nation Support, including providing security, refuelling facilities and driver rest accommodation in a Temporary Military Village built in the dock complex. This evening the first packet of trucks and transporters will travel through Belgium by road to Germany on the first leg of an overland journey which could eventually see many being deployed on an FTX (Field Training Exercise) in the Baltic States later in the year.

JOINT-FORCES.com was on hand when the first HET (Heavy Equipment Transporter) rolled down the ship’s stern ramp this morning, almost thirty years to the day after the memorable REFORGER 90 deployment through the port, and we plan to bring you a full feature once back at our Devon base.