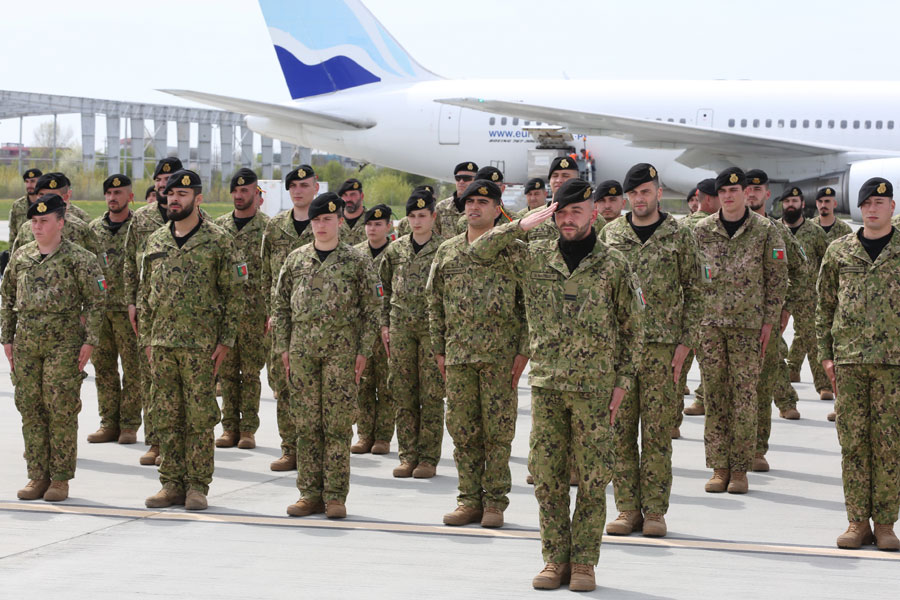 The first soldiers of the Portuguese Detachment have arrived in Romania as part of the NATO measures taken to enforce its Eastern flank.

Press Release, Bucharest, 15 April 2022: The Chief of Defence Staff, General Daniel Petrescu, participated in the ceremony organised on Friday, April 15, at the 90th Airlift Base, on the occasion of the arrival to Romania of a detachment made up of approximately 180 Portuguese soldiers, who will be deployed to our country as part of the NATO measures taken to enforce its Eastern flank.

“The execution of your missions in Romania is a valuable means to maintain peace. The Portuguese detachment will be integrated into the national and allied structures with the aim of increasing the reaction capacity and interoperability and emphasise allied solidarity. The Romanian soldiers are anxiously waiting to get trained together with the Portuguese troops. We have done our part. We increased our own reaction capacity and we have been conducting non-stop 24/7/365 activities in the land, air and maritime fields. The presence of the allied troops in Romania represents a new normal situation. Again, I emphasise the fact that the measures adopted are purely defensive and adapted to the security situation from our area of responsibility”, General Petrescu stated.