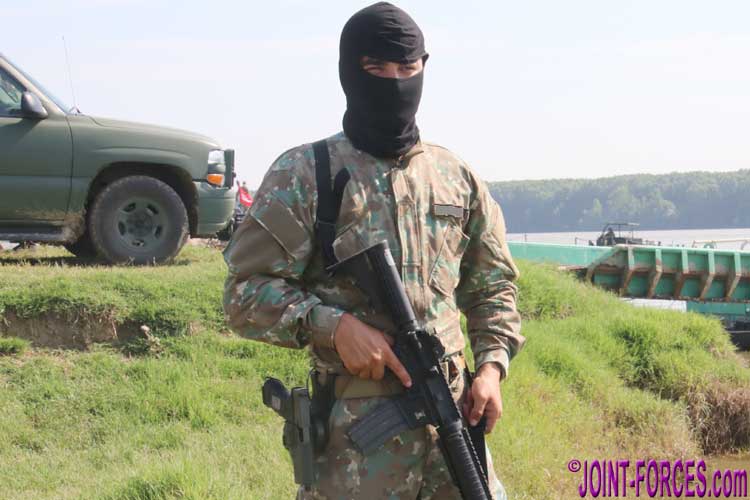 Since 2017 the Romanian Armed Forces have been rolling out a new family of camouflage patterns for Army, and Marine, Naval and Air Force combat uniforms, writes Bob Morrison.

The recent air defence live-fire and wide gap crossing events held as part of SABER GUARDIAN 2019, a Romanian and US co-led multinational training exercise involving over 8,000 personnel during the final field training phase, gave J-F the opportunity to photograph all three versions of the new five-colour M2017 patterns which are now almost universally worn.

Although generally referred to as Army, Air Force and Navy patterns, the former is also used by the Marine Regiment and by some Navy Special Forces personnel. We intend to produce three Kit & Camo series articles with four-view images of personnel wearing each specific pattern, but as we know our camo collector readers will be interested in seeing the basic patterns we have rushed this short feature through. All photographs were taken in bright natural light on mid-summer days so the colours should be reasonably accurate. The Army pattern appears to utilise a similar palette to MultiCam but it is not a complete match with current US OCP uniforms.