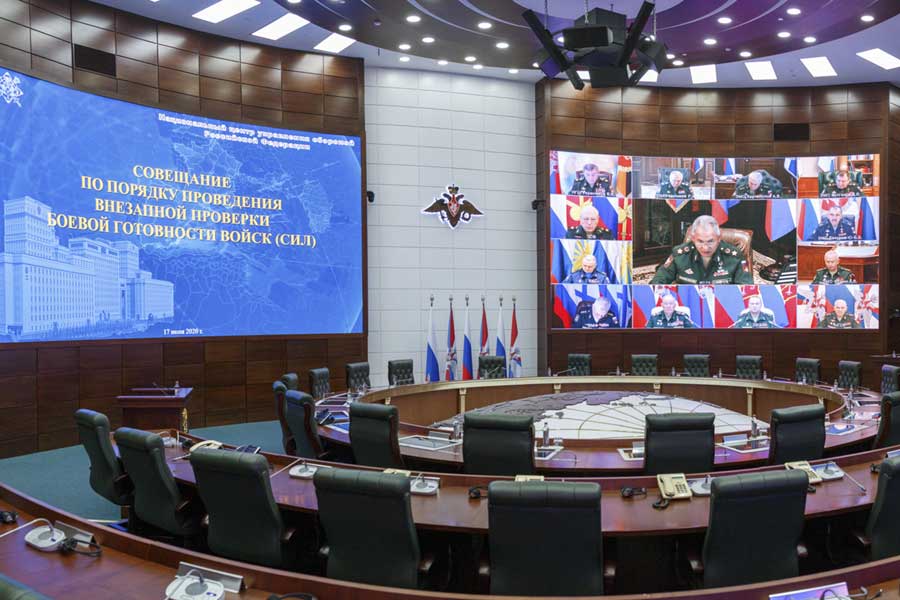 A sudden check involving 149,755 military personnel of the Armed Forces of the Russian Federation plus their weapons and equipment has been announced.

Press Release, 17 July 2020: In accordance with the decision of the Supreme Commander-in-Chief of the Armed Forces of the Russian Federation, a surprise inspection of the troops of the Southern and Western military districts, separate formations of the Central subordination, Airborne troops and Marines of the Northern and Pacific fleets is being conducted.

This event is planned to assess the ability of the Armed Forces to ensure military security in the south-west of the Russian Federation, where serious threats of a terrorist nature remain, and to prepare for the strategic command and staff exercise CAUCASUS-2020.

During the inspection, 56 tactical-level exercises are planned to be conducted with the troops. 35 grounds and training fields are being used, as well as 17 sea ranges of the Black and Caspian seas. In total, 149,755 military personnel, 26,820 weapons and military equipment, 414 aircraft, 106 ships and support vessels were involved in the sudden check.

Russian Defence Minister General of the Army Sergei Shoigu gave an order to provide for the implementation of combat training and coordination programmes in the framework of exercises and control classes.

“The results of the training activities should be taken into account in determining the assessment of the state of the training level of formations and military units when they are admitted to the strategic exercise CAUCASUS-2020. At all stages of inspection, ensure strict compliance with security requirements, the safety of weapons and ammunition, exclude cases of damage to state property, and prevent negative impact on the natural environment. During the control measures, it is necessary to take all measures to preserve the health of personnel,” he said at a meeting with the leadership of the Armed Forces of the Russian Federation.

In order to fulfil the tasks set by the Supreme Commander-in-Chief of the Armed Forces, the head of the military department was instructed to organise the General Staff to check and control the actions of troops, to form working groups to check the involved military command bodies, troops and forces; to ensure and organise the control of the tasks of subordinate military command bodies, troops involved in the verification of activities; to direct the preparation of formations and military units for the practical implementation of combat training tasks, to organise the control of exercises and classes.

In addition, the military authorities, troops and forces involved in the inspection will be evaluated.

[Source Ministry of Defence of the Russian Federation]