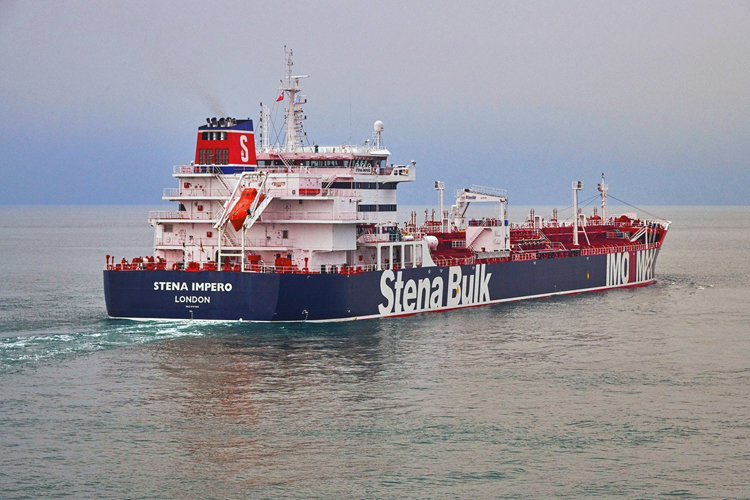 The Iranian Revolutionary Guard has confirmed seizeure of a British tanker in the Strait of Hormuz and it appears a second has also been forced off course.

Both tankers, the London-registered Stena Impero and the Liberian-flagged Mesdar, appear to have been in international waters, transiting the Strait of Hormuz at the mouth of the Persian Gulf, when forced off course.

UK Foreign Secretary Jeremy Hunt has stated: “I’m extremely concerned by the seizure of two naval vessels by Iranian authorities in the Strait of Hormuz.

“I will shortly attend a COBR meeting to review what we know and what we can do to swiftly secure the release of the two vessels – a British-flagged vessel and a Liberian-flagged vessel.

“Their crews comprise a range of nationalities, but we understand there are no British citizens on board either ship.

“Our Ambassador in Tehran is in contact with the Iranian Ministry of Foreign Affairs to resolve the situation and we are working closely with international partners.

“These seizures are unacceptable. It is essential that freedom of navigation is maintained and that all ships can move safely and freely in the region.”

The following statement has been issued by the owners of the Stena Impero:-

“Stena Bulk and Northern Marine Management can confirm that at approximately 1600 BST on 19th July UK registered vessel Stena Impero (built 2018, 49,683 DWT) was approached by unidentified small crafts and a helicopter during transit of the Strait of Hormuz while the vessel was in international waters. We are presently unable to contact the vessel which is now heading north towards Iran.

“There are 23 seafarers aboard. There have been no reported injuries and their safety is of primary concern to both owners and managers. The priority of both vessel owner Stena Bulk and ship manager Northern Marine Management is the safety and welfare of the crew.

“Northern Marine Management has not been able to establish contact directly with the vessel since it was notified of the incident at approximately 1600 Today, 19th July 2019. We are in close contact with UK government authorities.”

Footnote: Although the Royal Navy does have a presence in the region – Operation KIPION – it would appear that may not be sufficiently resourced to protect all British maritime traffic passing through the Strait of Hormuz.