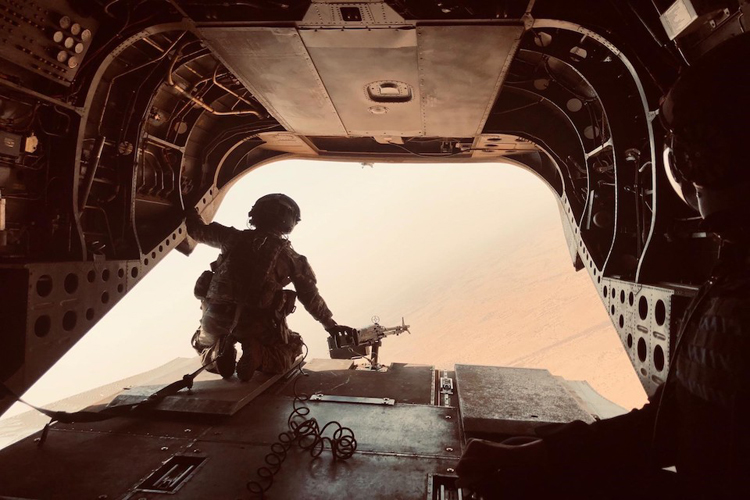 The UK Defence Secretary has today announced that UK Armed Forces will deploy to Mali in 2020 in support of the UN Peacekeeping Operation.

UK MoD News Release, 22 July 2019: In recognition of the increasing instability in the Sahel region, the UK Government has authorised a large-scale British peacekeeping deployment to Eastern Mali. Based in Gao, 250 personnel will deploy in response to a UN requirement and will address a key capability gap for the UN Mission.

Initially deploying for three years as part of a 12,500 strong international force, the UK contribution will assist the UN mission as it seeks to deliver long-term and sustainable peace in Mali. UK personnel will operate alongside troops from more than 30 countries, and will deliver a long-range reconnaissance capability, providing greater awareness of possible threats and contributing to the protection of civilians.By working to stabilise fragile states and tackling the root causes of conflict, the UK is preventing conflict spilling over to neighbouring states. This deployment will help address the increasing instability in the region, its impact along the West African coast and the threat to Southern Europe.

Defence Secretary Penny Mordaunt said: “In one of the world’s poorest and most fragile regions it is right that we support some of world’s most vulnerable people and prioritise our humanitarian and security efforts in the Sahel.

“UK service personnel will work with our partners in the region to help promote peace by combating the threat of violent extremism and protecting human rights in Mali.”

This targeted contribution will be complemented by UK staff officers in the UN mission headquarters and new training programmes with troops from other partnering nations who will be deploying to the UN operation.

The UK will support the UN’s mandate in Mali, which includes continuous communication with the Malian population and tackling human security issues, such as operating within a zero-tolerance policy on sexual violence and supporting the rights of women and children.

Minster of State for the Commonwealth and United Nations, Lord Ahmad of Wimbledon said: “We should also be proud of our commitment both as a troop contributor and as the 6th largest funder of UN Peacekeeping operations. This deployment follows a highly successful deployment of an engineer task force to South Sudan, where our ongoing commitment, in which our engineers are building and developing infrastructure in the mission, will complete as pledged in 2020.”

As a permanent member of the UN Security Council, the UK is dedicated to promoting the role of peacekeeping across the globe by demonstrating our own commitments, as well as championing reform to improve the effectiveness and efficiency of existing and future operations. The UK currently has around 600 personnel deployed on peacekeeping operations and is the 6th largest contributor to the UN peacekeeping budget. The UK is the lead contributor to the UN mission in Cyprus and in 2020 we will conclude a 4-year troop deployment to South Sudan. As part of the wider package of support offered to the region, the existing commitment of three UK Chinooks and accompanying personnel deployed in support of the French-led counter-terrorism operation in the Mali have been extended by six months, as announced by the Prime Minister two weeks ago.

Reflecting our continued commitment to multilateralism and international peace and security, the UK continues to support increased engagement in the Sahel under the Governments new strategic approach to Africa. We have committed to reinforcing our support for countries on the front line of instability, including stepping up to the UK’s role in tackling the underlying causes of poverty and conflict in Mali and the wider Sahel region (Mali, Niger, Chad, Burkina Faso and Mauritania).