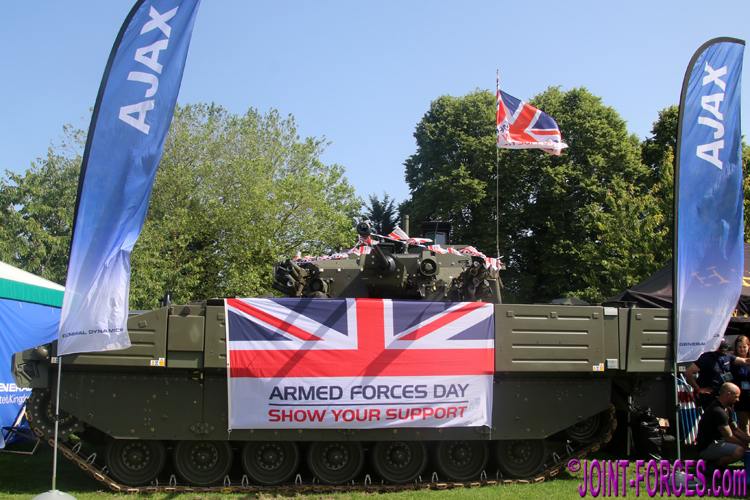 This year Salisbury is hosting National Armed Forces Day and at 17:30 today events formally kicked off with the official opening of the main site at Hudson’s Field, writes Bob Morrison

Tomorrow the big day will commence with a Military Parade through the city centre, starting at 09:45, with HRH The Princess Royal in attendance and the Red Arrows making flypasts at, and just after, 10:00. Once the roughly hour-long parade finishes the focus will return to Hudson’s Field, which is approximately one and a half miles north of the Market Place, where a whole weekend of displays, demonstrations and live music has been laid on. This afternoon J-F undertook a recce of both the Parade Route and Hudson’s Field, at the latter first watching the RAF Military Police Military Working Dog Demonstration Team going through their paces and then photographing an AJAX (Scout SV) Reconnaissance & Strike Vehicle on the General Dynamics stand.

The parade route tomorrow is open to all, though with so many visitors to the city for the Armed Forces Day National Event Weekend it would be best to get there very early. Although Free, entrance to Hudson’s Field is by Ticket Only, and both tomorrow (29th) and Sunday (30th) have now sold out, with waiting lists running for veterans who were unable to register quickly enough. Road closures and public transport diversions have already commenced, though shuttle buses will run out to Hudson’s Field once the Military Parade finishes.

AFD 2019, National Armed Forces Day, Salisbury
You may also like 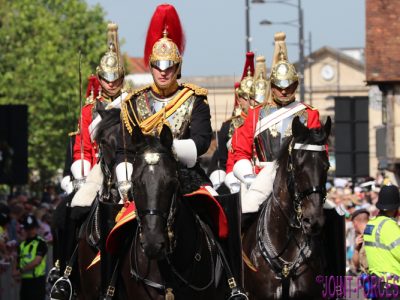