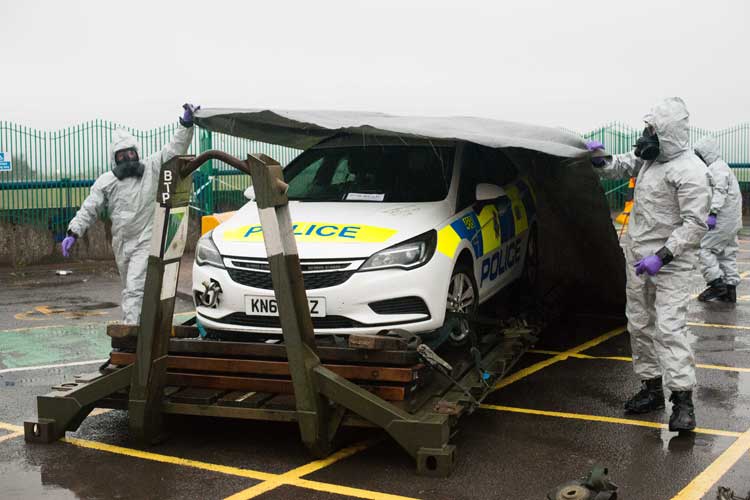 Almost 200 troops from The Royal Mechanical and Electrical Engineers (REME), The Royal Logistic Corps (RLC) and the Royal Tank Regiment (RTR) have deployed in Salisbury on Operation MORLOP.

Op MORLOP has been launched in support of the civil authorities in Salisbury city centre in the wake of the attempted murder of former Russian spy Sergei Skripal and his daughter on Sunday 4th March. It is believed that a nerve agent was used in the assination attempt, which also led to the hospitalisation of Detective Sergeant Nick Bailey who came to their assistance.

One of the first tasks for the troops was to remove a contaminated vehicle from the Accident & Emergency entrance at Salisbury Hospital in  in response to a request from the police. The specialist CBRN (Chemical, Biological, Radiological & Nuclear) teams called in to decontaminate are from Falcon Squadron of the Royal Tank Regiment.