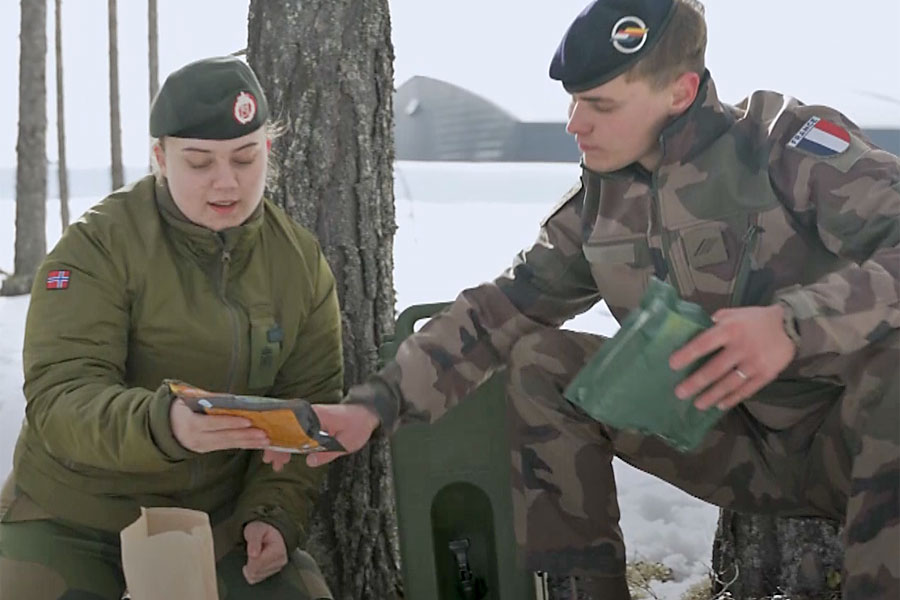 Every army in NATO has its own field ration ~ join French and Norwegian soldiers on BRJU22 as they crack open a pack and swap snacks.

Every army in NATO has its own field ration, commonly known as MREs (Meals-Ready-to-Eat). While perhaps not the height of culinary expression, these rations give soldiers the calories they need to power through a hard day in the field. From Ally to Ally, their contents differ in small, interesting ways.

France leads the NRF in 2022, and their infantry brought plenty of hearty mountain rations to see them through the long, cold days. Being part of the NRF means being ready 24/7, 365 days a year – and you can’t do that on an empty stomach.