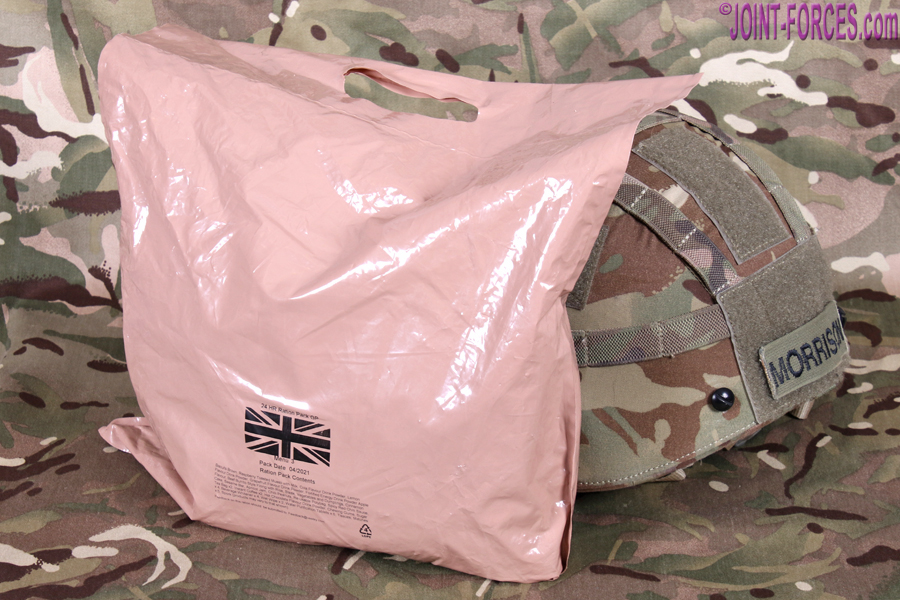 When I last looked at the bagged UK 24-hour ORP I opted to try a Halal C&E (Cultural & Ethnic) variant ~ see FR46 ~ packed in May 2018 rather than the much more numerous GP or General Pack, but in essence both versions were virtually identical other than some of the menu items in the C&E pack catered specifically for religious requirements and ethnic tastes. Although I did not sample a GP ORP at this time, though I did try both the 24-hour Enhanced Ration Pack and the 8-hour Single Meal Ration from the same contract, at DSEI 2019 I was given copies of the then current Box Menu Sheets so I have a full list of typical GP contents to compare against. The April 2021 Menu 3 has different meal pouches from the original 2017 version, but other than this there is no substantial variation.

From a personal taste perspective I liked the Beef Burrito Style Filling With Rice, though I couldn’t quite work out what the difference was between this and Chilli Con Carne, and I found the Steak Vegetables and Dumplings (in 2017 this retort pouch was in Menu 5) to be a bit bland and stodgy. The Cinnamon Cake from Jomipsa really hit the spot for me but I am not a fan of the 50g Sesame Bar, though as it is high in energy (267kcal) with 15g of Fat and 16g of Sugars plus Fibre, Protein and Salt it needs to be consumed (as do the entire edible ORP contents) to maintain a balanced diet if soldiering in the field. Biscuits Brown are just brown biscuits, though these days they are much better and no doubt healthier too than those issued in the Cold War era, and the Chilli Peanuts tickled my tastebuds. Unfortunately my Spicy Red Chilli Sauce was missing.