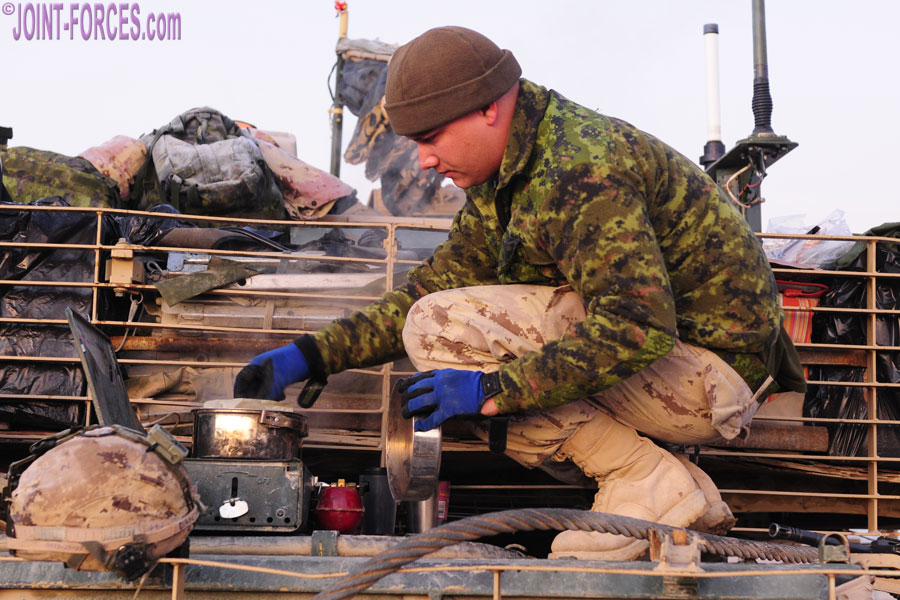 In this first of a 3-part mini-series on Canadian rations we look at an IMP or Individual Meal Packs issued to troops in Afghanistan in 2009, writes Bob Morrison.

Back in late 2009 our senior correspondent Carl Schulze was embedded for several weeks with US Forces in Afghanistan and for the last couple of weeks of his ISAF assignment he transferred to the Canadian Armed Forces contingent who fed him with their IMP or Individual Meal Pack rations. Carl sent me this spare (mixed) set of three meals, packed 2007 and 2008, to taste test for my occasional series in the old COMBAT & SURVIVAL Magazine.

Although there were many similarities in content between US and Canadian combat rations packed in 2007/08, and indeed many Canadian items were actually sourced from The Wornick Company in the USA, Carl said there was a major difference in taste between the two. In his opinion, the IMP was far more tasty than the bland MRE and was more in line with the European palate. Canada, which of course is a nation with primarily Scots and French heritage, possibly has more refined taste buds and this was reflected in their IMP ration contents selection in the first decade of this millennium. [Note: Over the last few years US ration packs have gradually lost some of their blandness and on the taste side are a quantum leap forward from the MREs issued 30 years ago during the first Gulf War.]

A full 24-hour Canadian IMP ration issue, as packed in 07/08 and issued in 09, comprised three individual bagged meals with an approximate energy value of 1200 calories apiece; bags were clearly marked, in both English and French, as Breakfast / Lunch, Lunch or Supper. At first glance the brown paper bags looked to be rather flimsy, but the paper was merely a low visibility outer layer to a sturdy hermetically sealed foil inner. Incidentally, the easiest way into the rations if you wanted to only remove part and leave the remainder compactly bagged was not to tear the top but to carefully peel apart the flat bottom.

NATO has long specified that a 24-hour ration should provide a minimum of 3200 calories, of which 10 percent should be from protein and 35-40 percent from fat. The Canadian IMP trio exceeded this minimum calorific value by 10 percent and where a boost was necessary for excess energy expenditure situations, most notably outdoor deployment in Arctic conditions, the IMP could be supplemented by the 1000 calorie Light Meal Combat or LMC. It is also specified that combat rations issued to NATO troops should contain some ready-to-eat items that can be consumed without addition of water, heating, or mixing plus there should be a bread equivalent with companion spread and also an instant beverage powder accompaniment. Naturally the IMP complies with this, using retort pouches for ready-made primary meal courses that in the main can be eaten cold if necessary, supplemented by a mini-loaf with accompanying jam or cheese spread plus a chocolate (candy) bar or biscuit in most packs. Shelf life for NATO issue should be a minimum of two years, but the Canadians have sensibly opted for three.

In 2009 six different Menus were provided for each of the three Canadian meal bags, giving a total of eighteen main course choices ranging from breakfast meals such as bacon and hash browns to chicken breast with spicy sauce for evening meal. There were also ten varieties of fruits or deserts and four cereals as the starter or second course, dependent on meal type, plus three types of instant rice and instant mashed potatoes to accompany the main dish.

The mini-bread, which was loaf-shaped and close in taste to a British roll, came in a sealed foil pouch with a tiny sachet of desiccant (do not eat) to keep it ‘fresh’, and it warmed up quite tasty if heated in warm water. It could also be toasted. Various jams, jellies, marmalade and peanut butter were provided for spreading on the bread. Canada’s version of ‘cheese possessed’ – if you’ve tasted this concoction in old British rations you’ll be aware why this processed effrontery was so-called – had, thankfully, by now been consigned to the food hell where it belonged. (My mate Andy at East-West Trading claims to actually like Cheese Processed, but he is a veggie who even other veggies say is a little bit strange).

On the beverages side, the IMP included coffee, drinking chocolate, tea (conventional and herbal) and a range of half a dozen cold drinks, all of which required water to reconstitute. There were also three varieties of instant soup in sachets. To assist in mixing the cold beverages and drinking chocolate, a zip-lock plastic pouch with measuring lines was provided in packs which contained drink powders requiring precise measurement. A long plastic spoon was also included in every meal bag.

Courses which required heating were contained in foil retort pouches protected, MRE-style, inside the primary bag by a natural coloured cardboard carton. An Individual Flameless Ration Heater pouch, identical to the ones supplied with the US MRE, was provided separately to personnel along with each meal bag. This simple device contains a water-activated chemical which heats the meal in approximately twelve minutes. The water-filled heater bag with retort pouch inserted is popped back into the cardboard outer as insulation during the heating process.

The set of meals which Carl brought back from Kandahar Province, as previously mentioned, was from the 2007 or 2008 packing batches, as could be determined from their outer markings. Canada makes minor menu changes each year, as is evident from the feedback form contained in every pack and which personnel are invited to pass comment on and then return to the logistics planners, whose address is printed in envelope style on the reverse. That very few forms seem to be used for their intended purpose and the plain backs are frequently used as handy notepaper speaks volumes.

Canada also produces Vegetarian, Halal and Kosher variations of the IMP, though these have to be specifically called forward. By all accounts, the Vegetarian ones are as good as if not better than the standard varieties and, like the Halal ones, are appreciated by some as bringing a bit more variety if forward deployed on field rations for any length of time.

Although a product of the German Armed Forces, our man Carl has actually spent much more time on the frontline with British and US forces, from the Former Yugoslavia in the nineties through to Iraq and Afghanistan in more recent times, in addition to being embedded with other NATO armies, so he is well used to living off military rations. In his opinion, the Canadian IMP issued to troops in 2009 was at that time definitely up there with the best.