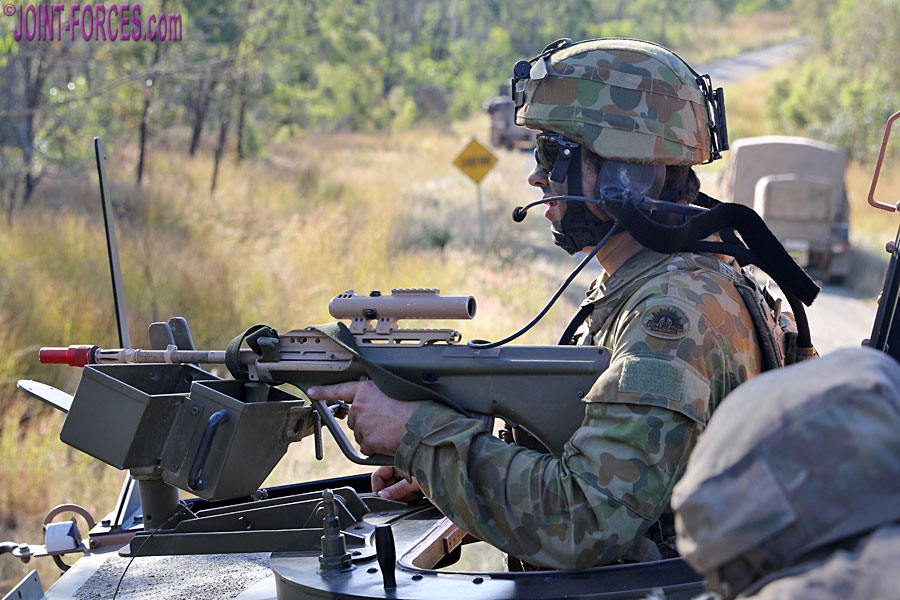 The Australian Defence Force issues the CR1M or Combat Ration One Man to sustain soldiers for one day in the field on exercise or deployment.

On Exercise TALISMAN SABRE 15 held primarily on the Shoalwater Bay Training Area in central Queensland, as well as on previous iterations of the biennial exercise, Gordon Arthur had the opportunity to try a number of these CR1M ‘rat packs’, as they are referred to by Diggers, and as well as photographing the contents of one packed in mid-2014 he penned the following article. Over to Gordon:-

The CR1M or Combat Ration One Man, as the blurb sheet inside the self-contained ration pack states, “consists of two main meals, a number of light meal and snack components and sundry items.” In total there are eight menus, designated from A to H. The agency responsible for developing these was the Combat Rations Section of the Technical Cell, Health Systems Programme Office; part of what was once called the Defence Materiel Organisation (DMO) before it was disbanded in 2015 and rolled directly into the Department of Defence.

It is usual for the two main meals to be eaten for breakfast and dinner, though some menus also contain an alternative breakfast cereal such as muesli. The CR1M has been designed to ensure that soldiers “receive adequate nutritional sustenance for one day” and, according to the information sheet contained in each pack, it is recommended that users eat the complete contents. Soldiers are also separately supplied with hexamine tablets and a stove to heat the brown-coloured retort pouches, but the fact that the author has never once (at time of writing) seen soldiers using these is perhaps testament to the fact that this method is not particularly effective in producing piping hot meals!

Of interest, in 2014/15 the ADF’s meals were manufactured across the Tasman Sea in New Zealand by a company called Prepared Foods NZ, and packed by Multi-Pack Limited. Conversely, at the same time the New Zealand Defence Force (NZDF) sourced its meals from an Australian producer, which was an interesting situation.

The Australian ration pack is wrapped in a clear plastic bag and is slightly larger, but definitely much heavier, than a regular tissue box. The staple meals revolve around either beef or lamb in plastic sachets (retort pouches) that are torn open after heating. Of course, these main meals can also be eaten cold if necessary. Each menu contains one of two soup varieties – either golden pumpkin, or peppered steak and mushroom. Each menu varies slightly in flavour or variety, but common to each is a sports drink sachet, biscuits (either cream crackers or crispbread), fruit bars, fruit jam, a cereal bar, candy and instant noodles. Menus can either have rice or instant mashed potatoes, as well as a tin of fruit. Some also have a packet of muesli with skimmed milk that only requires water to be added.

A whole range of extras such as drink sachets (chocolate, coffee, tea bags, sugar), a 50g bar of chocolate, a packet of M&M’s candy chocolate, chewing gum, a tin of processed cheddar cheese (that can be eaten separately or melted and added to main menus or crackers) and a beef steak bar are found in every menu too. Spreads such as concentrated yeast extract (i.e. Vegemite – extremely popular with Australians), chocolate spread and sweetened condensed milk are also included, as are accessories like a plastic spoon, a metal can opener (known as a FRED, or Field Ration Eating Device, which also doubles as a spoon and bottle opener), tissues, condiments (tomato ketchup, black pepper, salt, Tabasco sauce). Also enclosed in the CR1M is a self-closing plastic bag, safety matches, plastic bag, scouring pads, tissue/toilet paper, a menu sheet and rubber band.

The inclusion of so many snacks means soldiers can eat throughout the day, and this is one main difference that US military personnel usually comment on. Despite the fact that MREs are single meals, they do not contain as many snacks and sweet things as Australian combat ration packs.

The CR1M was introduced into Australian Defence Force service in 1982, with the main meals originally contained in cans. However, in 2002 the ADF moved to retort pouches in the same fashion as American MREs, with advantages in weight saving and flexibility of carriage in soldiers’ packs or pockets.

The ADF also has at its disposal the PR1M (Patrol Ration One Man) and the CR5M (Combat Ration 5 Man). The former is a lightweight version of the CR1M, weighing 60% of the 24-hour ration pack described above. The latter comes in a large box but it can be broken up for easier transportation by soldiers. However, in several years of covering Exercise TALISMAN SABRE, the author has never seen either the PR1M or CR5M in use.

Plus the following items are common to all Menus:-