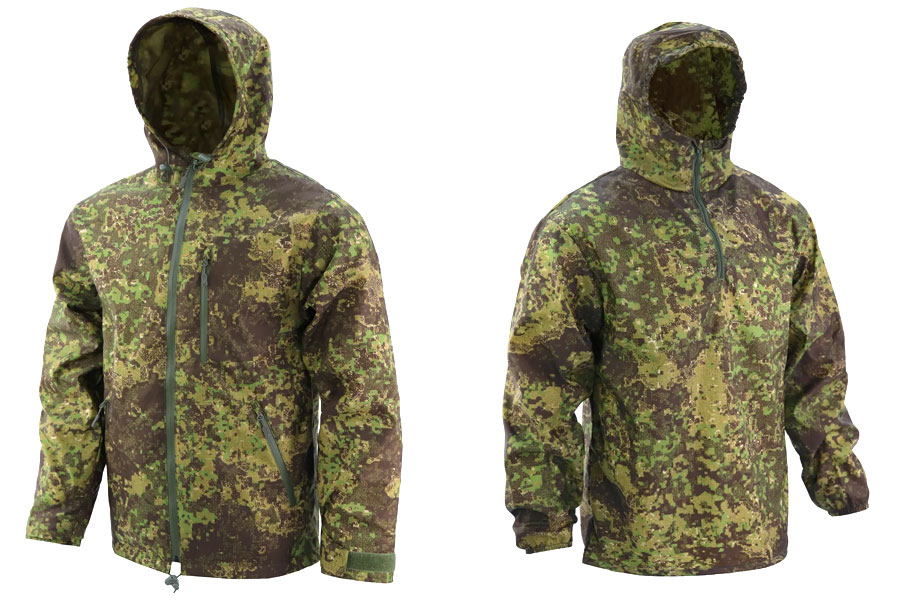 The Stowaway Shirt and Light Rainshield Coat produced by Devon manufacturers Arktis have long been popular garments in both plain black and olive green as well as in a range of traditional military camouflage patterns. However when they decided to produce some examples in (licensed) PenCott GreenZone camo because they had some of their own nylon MiniRip fabric to spare in this commercial pattern they were astounded by how fast these garments flew off the rack and so they have subsequently been added to their rather extensive range on the webstore.

For several years I have personally carried a black or olive, dependent on circumstances, Arktis A192 Stowaway Shirt in my pack on most UK and European assignments (and indeed even once to the Northwest US) as this minimalist design lightweight hooded over-shirt, weighing only around 200g, gives a compact additional layer for added protection against inclement weather. Although not fully waterproof, this compact nylon over-garment is both showerproof, courtesy of a DWR finish, and breathable. For carriage it can be rolled up into a pouch inside the back panel and secured by its drawcord, then tucked into a jacket pocket or daysack side pouch until needed.

The Arktis A310 Light Rainshield Coat is a more substantial design of lightweight packable hooded waterproof coat, weighing about twice as much as the A192 Stowaway but still very light indeed, which incorporates a 20k/20k breathable dropliner. Also produced in both plain colours, with black being favoured by police officers, and military camouflage patterns this backup zipped over-garment has two side pockets and a single chest pocket. Also manufactured from DWR and IRR treated nylon MiniRip fabric, it packs down into a supplied stuff sack to reduce packing volume considerably.