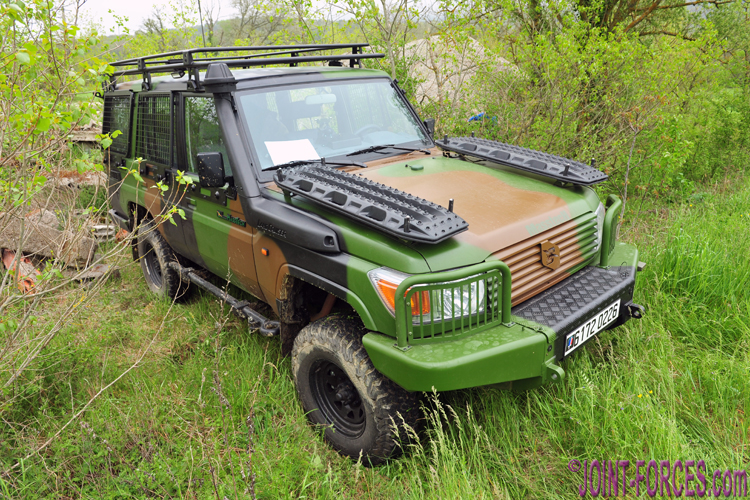 In late 2016 the French Government ordered an interim batch of 500 vehicles, known as the T4 VLTP NP, to partially replace the ageing Peugeot P4 fleet and some other utility vehicles, writes Bob Morrison.

Back in the late 1960s and early 1970s several European nations collaborated on a ‘Eurojeep’ project to find a commonly acceptable light utility vehicle for their armies but, like many similar multinational collaborative projects run by committee, costs escalated and eventually the idea was killed off. The participating nations, however, still required a vehicle in this class and by default the Steyr Daimler Puch Geländewagen was eventually chosen by several, mostly with a Mercedes-Benz badge on the front, though the French opted for a variant mostly assembled in France and with a Peugeot engine.

The resultant Peugeot P4, of which 15,000 examples were originally ordered in 1981, is a capable vehicle which by 2016 had served for 35 years – the fleet having been completely dieselised in the 1990s – but even the youngest examples of the now much reduced fleet were nearing the end of the road. In 2015 the French Government procured 1,000 slightly militarised Ford Rangers as an Urgent Operational Requirement for Operation SENTINELLE, in response to the Paris terrorist attacks that year, but these were pretty much bought off-the-shelf as purely an interim measure and did not meet French Army requirements for a new tactical vehicle.

The class of vehicle intended, under the VP4 programme, to fully replace the Peugeot P4 VLTT (Véhicule Léger Tout Terrain or All Terrain Lightweight Vehicle) is the VLTP NP (Véhicule Léger Tactiques Polyvalents Non Protégés or Lightweight Multipurpose Tactical Vehicles Not Protected) and in due course the full fleet should number 4,200. The bulk of the VLTP NP fleet is being produced by ARQUUS (the new group name for the parent company of ACMAT) and is now entering service as TRIGGER and TRAPPER, but in 2017 an interim batch of modified and militarised long wheelbase, five-door VDJ76 Toyota Land Cruisers was procured from French coachbuilders Technamm based near Aix-en-Provence.

T4 0001 – demountable side grilles have been removed [© Carl Schulze]

Badged as the Technamm Masstech but designated as the T4 VLTP NP, this vehicle is configured to carry four forward-facing troops with a fifth inward-facing folding seat and a radio table at the rear, accessible through vertical split double doors, but if daysacks are stowed in the rear this fifth seat cannot be used. Demountable grilles to protect the glazing are supplied, for use in crowd control situations or on Operation SENTINELLE, and sand ladders are clamped to the front wings.

Heavy duty bumpers, with eyelets for lashing/towing, are fitted front and rear; towing bars to form an A-frame double as side steps and sill protectors beneath the doors. Military convoy lighting, an antenna mount on the rear left door, a swing-away spare wheel carrier, a Hi-Lift jack, an external jerrycan rack and NATO towing jaws are all fitted and the front lighting is protected by substantial brush guards bolted atop the bumper. A substantial roof rack is fitted as standard. Tyres are BF GOODRICH All-Terrain T/A. 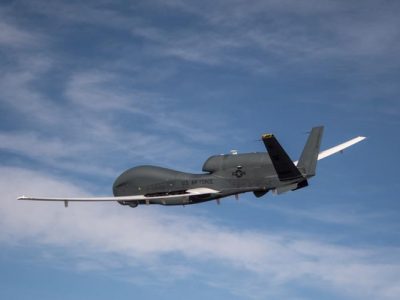 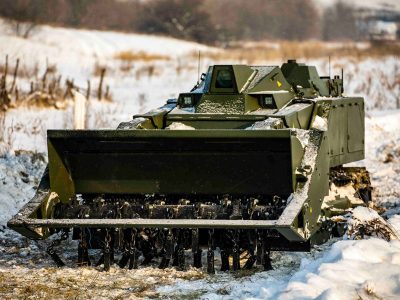 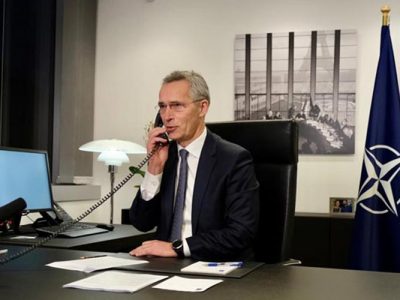 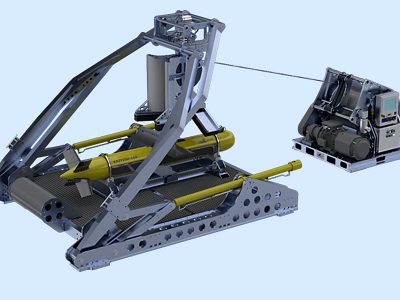