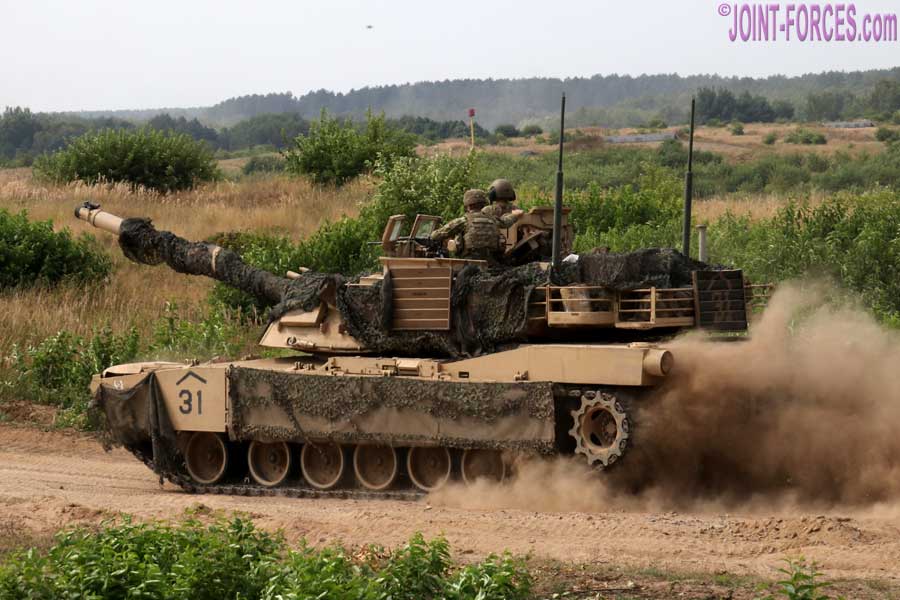 This EDRE (Emergency Deployment Readiness Exercise) is a Dynamic Force Employment designed to test the US Army’s ability to rapidly alert and deploy around the globe.

Phase II of the DEFENDER-Europe 20 deployment, temporarily halted in mid-March by the COVID-19 pandemic and subsequently modified, has three main objectives:

Armoured equipment, including 30 Abrams main battle tanks and 20 Bradley infantry fighting vehicles plus supporting vehicles and equipment, was originally moved from APS sites in Germany and Belgium to Bergen-Hohne Training Area in Germany in February, as part of the original DEFENDER-Europe 20 exercise. This equipment has now moved via commercial and military line-haul to Drawsko Pomorskie Training Area in Poland (DPTA) for the third objective of the second phase of the modified exercise.

Earlier today, ahead of a major American and Polish combined live-fire advance tomorrow, we were driven out onto DPTA to see and photograph some of the preparations prior to the major push back against a notional enemy, which we believe will commence with a counter-attack after darkness tonight. If all goes to plan, and of course we are well aware that no plan survives first contact, hopefully we should be in the right location tomorrow afternoon to witness the final live-fire battle run by the combined Polish-US armoured battle group.

Updated 11 August: We today learned that elements of two US Army Armoured Brigade Combat Teams are participating in manoeuvres on Drawsko Pomorskie Training Area and the US armour on this page is from 3rd Infantry Division, not 1st Cavalry Division as originally assumed. We will provide more detail in our next feature, but first of all I will need copious amounts of Polish beer to both rehydrate and wash away the dust generated by today’s very dusty battle run at DPTA.