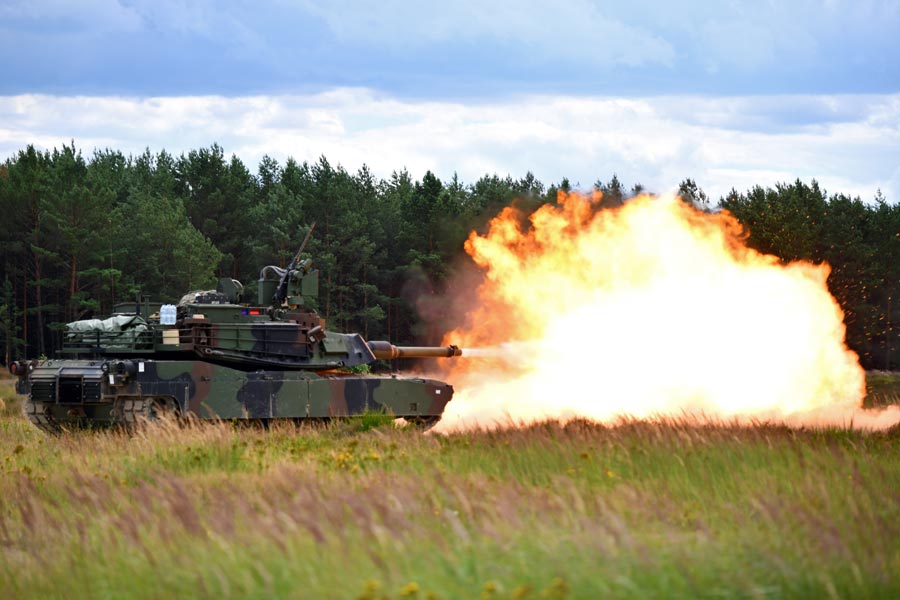 This EDRE is a Dynamic Force Employment – a US Department of Defense directed, strategic deployment designed to test the US Army’s ability to rapidly alert and deploy around the globe. The exercise is Phase II of a modified DEFENDER-Europe 20 and has three main objectives: 1) a Dynamic Force Employment of a US Army unit to Poland, 2) the movement, drawing and fielding of equipment from Army Prepositioned Stock, and 3) the execution of a company-level combined live-fire exercise. Phase I of the modified DEF20 was linked to Exercise ALLIED SPIRIT, which took place at Drawsko Pomorskie Training Area in Poland from 5th to 19th June, with approximately 6,000 US and Polish soldiers.

The equipment deployed on the EDRE includes approximately 55 Abrams main tanks and Bradley fighting vehicles, originally moved from APS sites in Germany and Belgium to Bergen-Hohne Training Area in Germany as part of the original DEFENDER-Europe 20 exercise. This equipment moved via commercial and military line-haul to Drawsko Pomorskie Training Area for this second phase of the modified exercise. As part of the training the unit has also mount the Trophy system on Abrams tanks. Trophy is an active protection system that is designed to detect and defeat rocket propelled grenades, recoilless rifles and anti-tank guided missiles. The fielding of Trophy systems provides the US Army’s logistics teams with the opportunity to assess and experience the dynamics of moving and installing the system in a field environment.

The US 1st Cavalry Division Headquarters (Forward) out of Poznan in Poland is serving as mission command for the exercise while the 7th Army Training Command out of Grafenwöhr in Germany is providing exercise control. The EDRE is scheduled to run from 14th July to 22nd August.