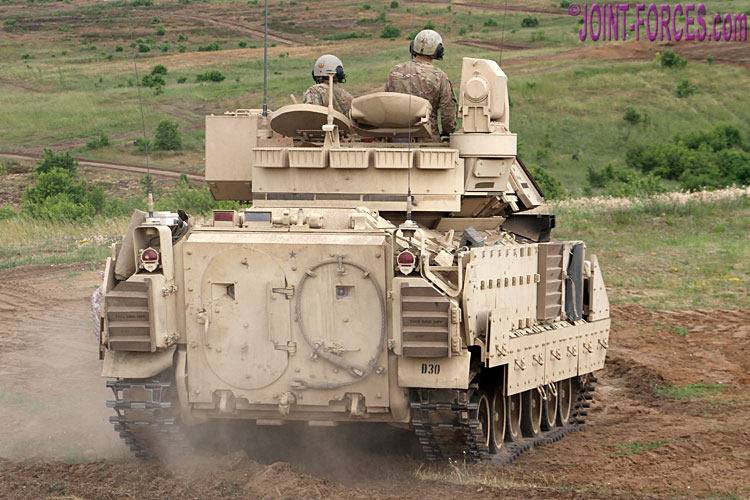 On 16th March, in response to the escalating COVID-19 crisis, five major exercises linked to DEFENDER-Europe 20 were cancelled and all troop movement from the Continental United States ceased. However at this time USAREUR (US Army Europe) also stated: “We anticipate the Armored Brigade Combat Team already deployed to Europe will conduct gunnery and other combined training events with Allies as part of a modified ALLIED SPIRIT exercise.”

It had been hoped that by now national and international travel restrictions might have eased sufficiently to allow us to continue coverage of the remaining, albeit scaled back, DEF20 (DEFENDER-Europe 20) events such as the delayed ALLIED SPIRIT 20 as well as BALTOPS 20, which commences this weekend. Unfortunately obstacles on the travel front appear to be increasing, rather than decreasing, but we will still do our utmost to remotely track what is happening out in Poland and we will distance report on proceedings if at all possible.

This afternoon, at the invitation of USAREUR we participated in a pre-exercise Telephonic Press Briefing with: Brigadier General Christopher R. Norrie, Commanding General, 7th [US] Army Training Command; Brigadier General Brett G. Sylvia, Deputy Commanding General – Maneuver, 1st [US] Cavalry Division; and Colonel Kazimierz Dyński of the Polish Armed Forces. This long distance briefing from the officers out in Grafenwöhr and Drawsko, during which our question was one of three selected from the UK specialist defence media, was both interesting and informative. Once a full transcript has been prepared we will create a follow-on post bringing more info.