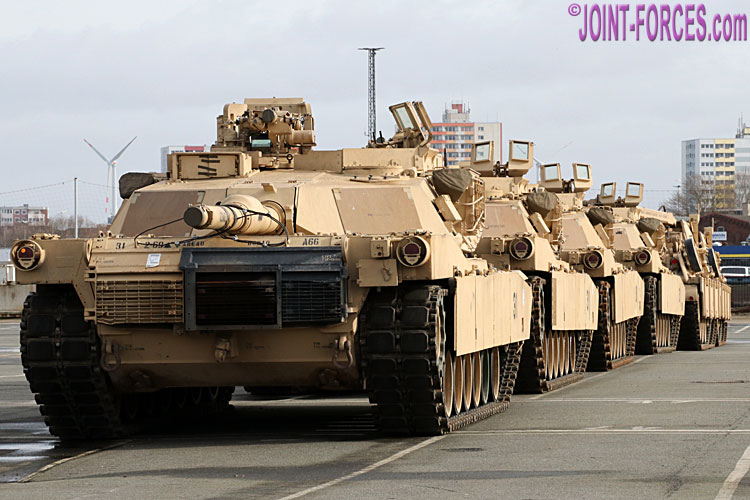 In response to the current outbreak of the COVID-19 virus and recent guidance Exercise DEFENDER-Europe 20 has been modified in size and scope.

USAREUR Press Release, Stuttgart, 15:15Z 16 March 2020: In response to the current outbreak of the COVID-19 virus and recent guidance by the Secretary of Defense, we have modified exercise DEFENDER-Europe 20 in size and scope. As of March 13, all movement of personnel and equipment from the United States to Europe has ceased. The health, safety and readiness of our military, civilians, and family members is our primary concern. With this decision, we continue to preserve the readiness of our force while maximizing our efforts to advance our alliances and partnerships.

As we make the appropriate adjustments, the linked exercises to Exercise DEFENDER-Europe 20 – DYNAMIC FRONT, JOINT WARFIGHTING ASSESSMENT, SABER STRIKE and SWIFT RESPONSE – will not be conducted. We anticipate the Armored Brigade Combat Team already deployed to Europe will conduct gunnery and other combined training events with Allies as part of a modified ALLIED SPIRIT exercise. Forces already deployed to Europe for other linked exercises will return to the United States.

The purpose of DEFENDER-Europe 20 is to build strategic readiness by deploying a combat credible force to Europe in support of NATO and the US National Defense Strategy. This effort has exercised the Army’s ability to coordinate large scale movements with Allies and partners. Since January, the Army deployed approximately 6,000 Soldiers from the United States to Europe including a division headquarters and an Armored Brigade Combat Team. It has moved approximately 9,000 vehicles and pieces of equipment from Army Prepositioned Stocks and approximately 3,000 pieces of equipment via sea from the United States. And, in coordination with Allies and partners, it also completed movement of Soldiers and equipment from multiple ports to training areas in Germany and Poland.

There are many details still being worked and discussed with our Allies and partners. Changes are anticipated to the deployment timelines of Soldiers currently in Europe, redeployment of US-based equipment, and the next ATLANTIC RESOLVE rotation. We will continue to provide updates as details become available about these adjustments.