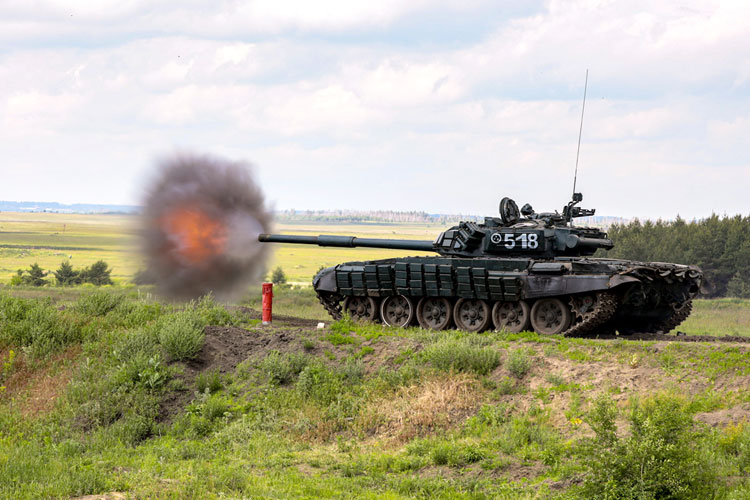 Tankers of the Vistula Motorised Rifle Division of the Combined Arms Army of the Western Military District carried out their first practical firing at the Pogonovo training ground in the Voronezh region.

Tankers began the first control firing to test the level of readiness for the new modular system. Shooting from the 125-mm guns of the T-72B3 tanks was close to the dynamics of combined arms combat. Shooting was carried out on emerging targets in the form of ‘enemy’ tanks, recoilless guns, and anti-tank grenade launcher calculations. The targets hit at ranges from 800 to 1200m.

In total, during the first practical shooting in the summer training period, tank crews destroyed over 200 targets of various types.