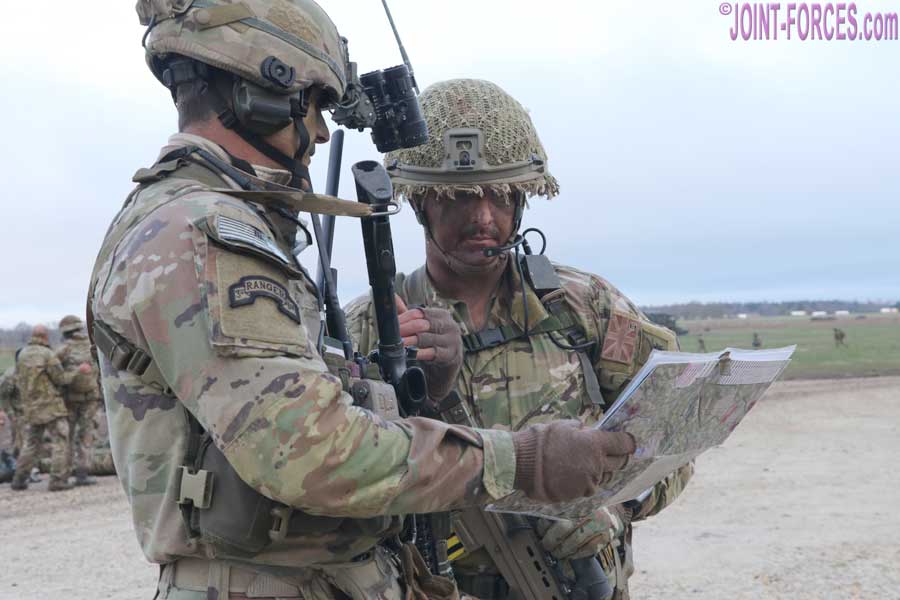 In the early hours of Saturday 08 May a joint force from US 82nd Airborne Division and UK 16 Air Assault Brigade parachuted into Estonia, writes Bob Morrison.

After covering US and UK artillery live-firing on Exercise FIRES SHOCK and FR and UK troops mounting an inter-operability demo on Operations LYNX / CABRIT last week in the Tapa area, we relocated to Nurmsi airfield early on Saturday morning to link up with SWIFT RESPONSE 21 and be in place for the follow-on heliborne air assault mission planned for later in the day (which will be covered in a later article).

US Army Spc. Denice Lopez was not afforded the luxury of sleep overnight Friday/Saturday as she was tasked with producing the accompanying video of the drop. In addition to the fleet of C-17 aircraft (convoy callsign REACH 700, for those with access to FlightRadar) which crossed the Atlantic on Friday afternoon with airborne personnel, vehicles and equipment on board, a second wave of transport aircraft flying from Lithuania with more US Paras on board added to the Joint Forcible Entry operation.

Background: DEFENDER-Europe is an annual large-scale US Army-led, multinational, joint exercise designed to build readiness and interoperability between US, NATO and partner militaries. This year’s exercise:-