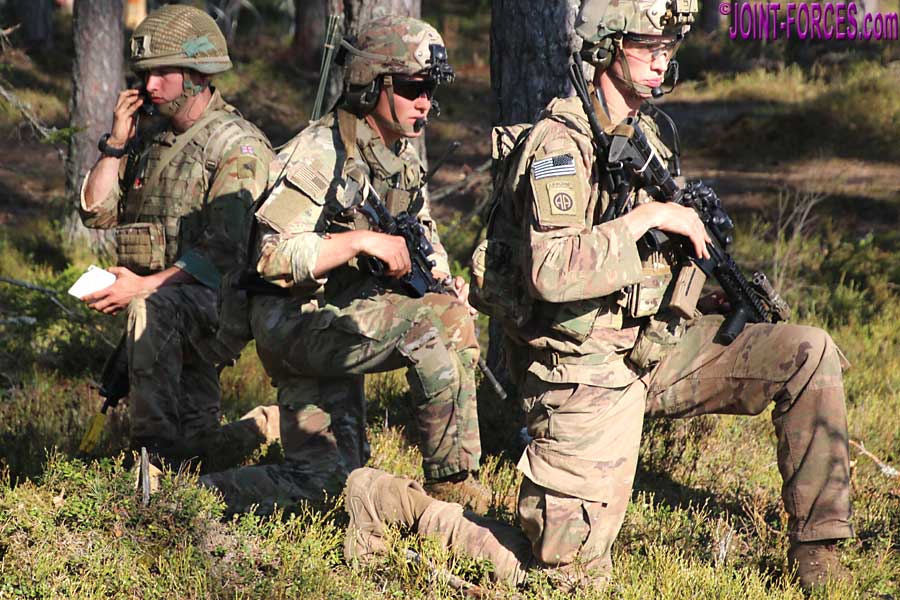 Today, Tuesday 11th, we had the unexpected pleasure of an invitation to join the Red Devils of 1-508th PIR on a live-fire attack in Estonia, reports Bob Morrison.

The accompanying photos of the latest phase of SWIFT RESPONSE 21 are merely a teaser to whet your appetite and, if all goes to plan, I will produce a researched feature on the 508th Parachute Infantry Regiment, ‘Fury From The Sky‘, and their weapons once I am back in the UK; i.e.when the current round of spring exercises at the eastern end of the Baltic Region concludes and I have more resources than just a netbook and hotel internet.

My thanks to Major DJ and her PAO team for both obtaining clearance at very short notice and getting me out to the start line just before suppressive artillery fire commenced and the Paras commenced their battle runs.