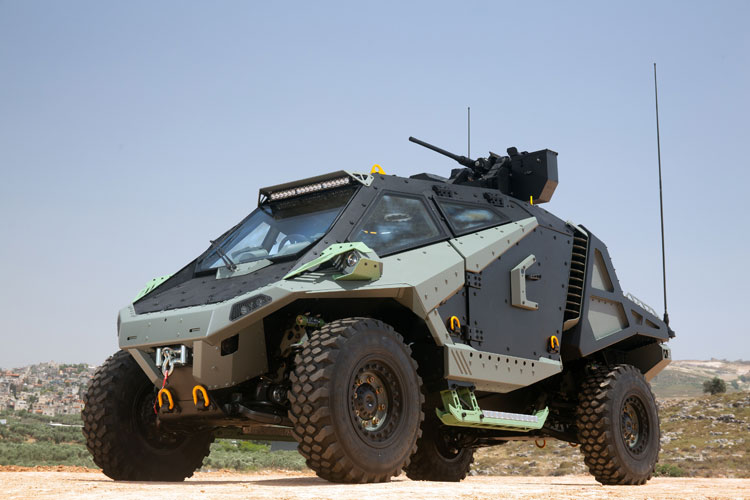 Details of the new roughly 8.5 tonne GVW, 4×4 armoured vehicle are sketchy at present but it is understood that the basic configuration will seat five personnel in a protected pod between the axles with the driver positioned centrally at the front, allowing maximum visibility for off-road driving, and the engine placed at the rear. The above photo, taken ten days ago and released last night, shows the basic five-person patrol vehicle with Remote Weapon Station but it is understood that the design allows for different mission pods to be incorporated using a common power pack and drive train, with both nine-person armoured personnel and carrier and three-person cargo variants being feasible as well as an open-topped high mobility Special Operations version being planned. 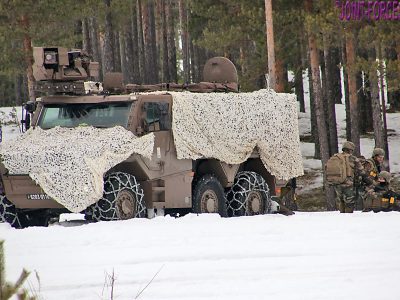 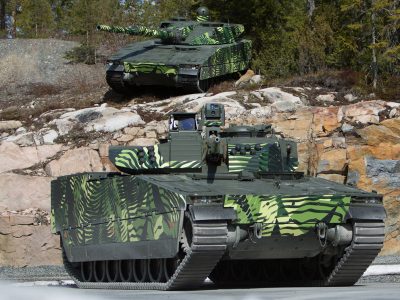 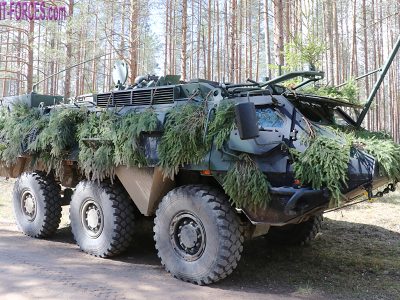