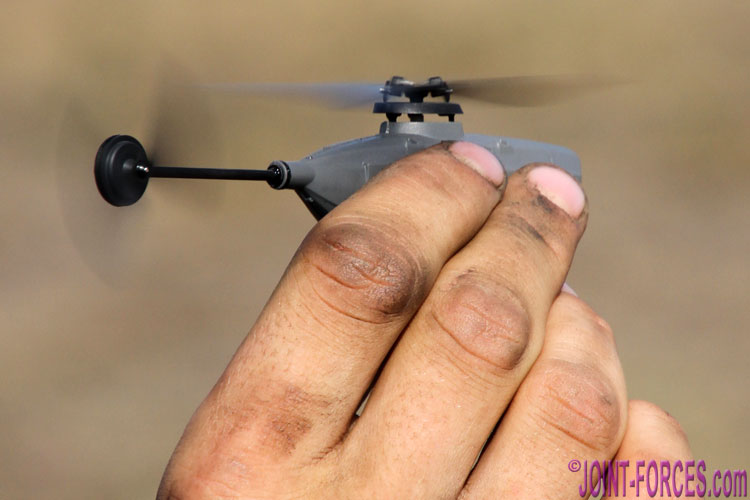 FLIR Systems, Inc. has been awarded a $2.6 million order from the US Army to deliver FLIR BLACK HORNET to support squad-level surveillance and reconnaissance capabilities in the Army’s first batch order for the Soldier Borne Sensor programme.

Press Release: The United States Army purchased the BLACK HORNET Personal Reconnaissance Systems (PRS) from FLIR for test and evaluation purposes in both 2016 and 2017. The Army will continue its evaluation and consider broader scale roll out of the BLACK HORNET for full operational deployment within all infantry units.

“The United States Army’s selection of FLIR to provide the BLACK HORNET PRS in this initial delivery of the Soldier Borne Sensor programme represents a key opportunity to provide soldiers in every US Army squad a critical advantage on the modern battlefield,” said James Cannon, President and CEO of FLIR Systems. “This contract demonstrates the strong demand for nano-drone technology offered by FLIR and opens the way for broad deployment across all branches of the military. We’re proud to provide the highly-differentiated BLACK HORNET PRS to help support the US Government to achieve the objective of protecting its warfighters.”

This contract expands the use of FLIR’s BLACK HORNET PRS for military surveillance and reconnaissance programmes. FLIR has delivered the BLACK HORNET PRS systems to 30 nations around the world, and the US Army will receive the latest generation of the system under the SBS programme. Deliveries of these systems will take place in 2018.