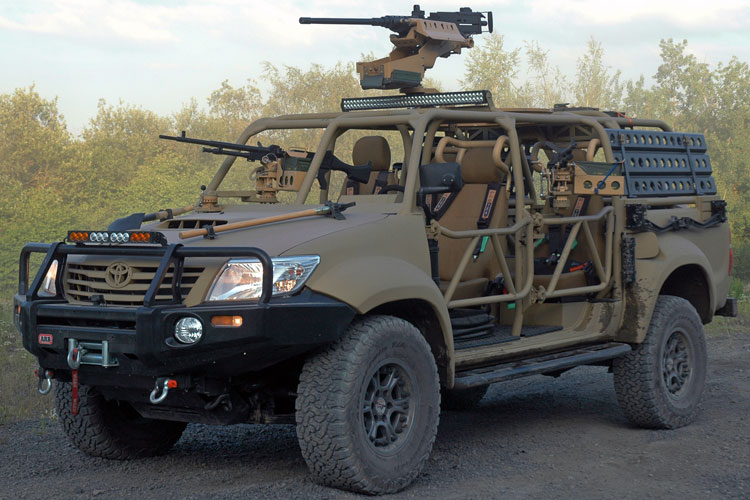 Dubai-based ASC International has informed JOINT-FORCES.com that its new HORNET SOV (Special Operations Vehicle) is heading for EUROSATORY 18 in Paris for its international launch next week.

With manufacturing facilities on three continents (in Canada, Germany and the UAE) ASD International has already built a solid reputation for producing Toyota- and Lexus-based discreetly armoured vehicles but the HORNET is believed to be its first tactical vehicle conceived primarily for SpecOps use.

Designed for maximum ground mobility, with a Central Tyre Inflation System (CTIS) and large 315/70R17 tyres, the Toyota-based HORNET SOV is a full-size vehicle unconstrained by internal dimensions of medium transport helicopters yet still capable of being underslung, which has full-size crew ergonomics to avoid the discomfort experienced when operating for long periods from some current smaller platforms. The vehicle being displayed at EUROSATORY will be 4×4 configuration but a 6×6 option offering greater payload and the ability to operate as a mothership is also available.