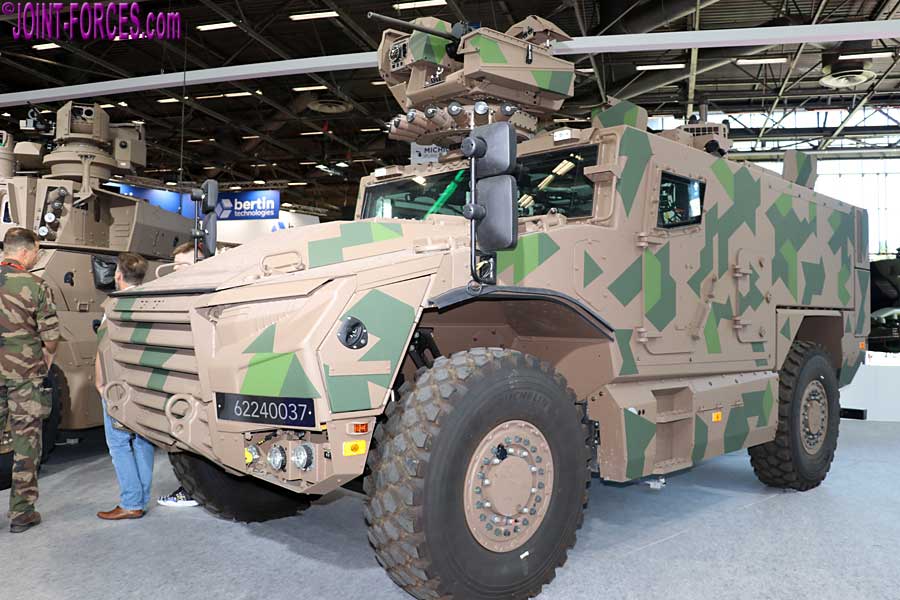 The VBMR-L SERVAL 4×4 is the third and smallest of the trio of wheeled armoured vehicles in the new French Army SCORPION family, writes Bob Morrison.

Announced in 2018 with the first tranche ordered in 2021, three a years after the first GRIFFON 6×6 tranche order, VBMR-L SERVAL 4×4 production is not as far advanced as its larger VAB replacement cousin but at least six vehicles (four in March and two further desert-modified versions in July) have already been accepted by the French Ministry of the Armed Forces. Although part of the SCORPION Programme, along with the VBMR GRIFFON 6×6 APC and EBRC JAGUAR 6×6 recce vehicle, the VBMR-L (Véhicule Blindé Multi-Rôles – Léger or Multi-Role Armoured Vehicle – Light) is not based on an Arquus (formerly Renault Trucks) chassis and there is little similarity in body shape.

According to a May 2022 press release from Nexter, who are manufacturing the vehicle in cooperation with Texelis, 70 vehicles out of the 364 on order at that time should be delivered by the end of this year. Three SERVAL variants were displayed at Eurosatory 2022: a standard Patrol version, in an experimental camouflage scheme; a pre-production SARR / SA2R (Surveillance, Acquisition, Renseignement et Reconnaissance or Surveillance, Acquisition, Intelligence and Reconnaissance) variant; and a prototype MISTRAL Atlas RC air defence version, not yet on order. An NCT (Nœud De Communication Tactique or Tactical Communications Node) variant was also ordered as part of Tranche One, but this was not displayed at the Paris expo, and an Ambulance is expected to be ordered under Tranche Two.

Tipping the scales at around 17 tonnes when at combat weight and able to transport up to eight troops plus two crew, the SERVAL is powered by an 8.9 litre engine developing 375hp and has a 6F1R automatic gearbox. Maximum road speed is given as being in excess of 100km/h with a range of over 600km and two vehicles can be transported inside an A400M. Nexter do not publicise the protection level, stating merely that occupants are protected against ballistic, mine and IED threats, but presumably it matches GRIFFON and although we have not seen evidence it is quite possible that an appliqué armour package and cage armour will be fitted to bring it up to STANAG Level 4 for high risk theatres. The vehicle also offers collective protection against CBRN threats, has chemical and nuclear threat detection sensors and is fitted with an acoustic gunshot detection system as standard. An Arquus Hornet Remote Weapon Station is fitted as standard to both Patrol and SA2R versions for self-protection.