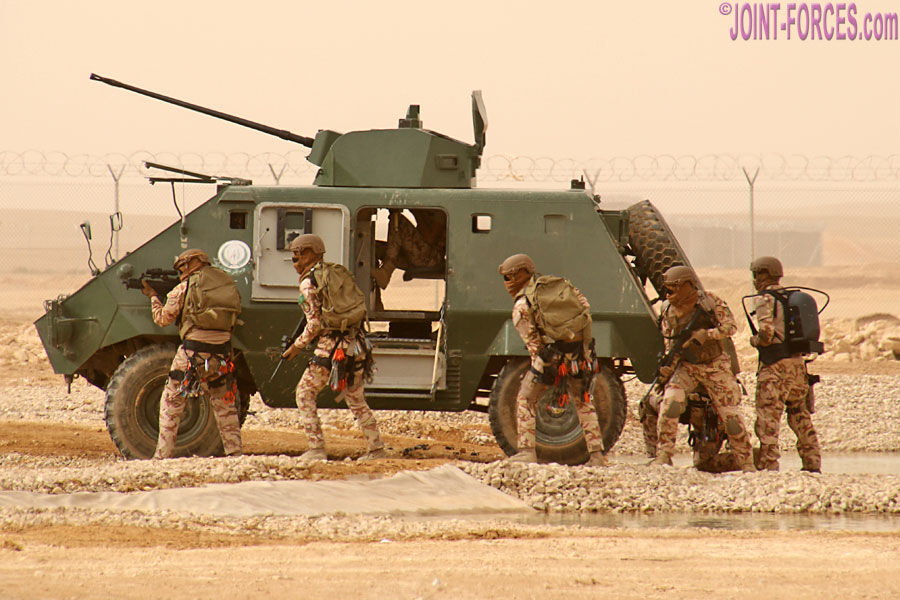 The JOINT-FORCES website turns four years old today and, to be honest, nobody is more surprised than us that it has become such a success, writes Bob Morrison.

When we created the website on Saturday 10th March 2018, the day after hearing that the publishing house which had bought COMBAT & SURVIVAL magazine and its sister publications was going into Liquidation, our initial goal was just to keep our small team of specialist photojournalists together and provide an outlet for our work until a new print magazine came along to replace C&S. However the downturn in UK newstrade magazine sales, which fell off a cliff at the end of the last decade, plus the COVID-19 pandemic which has plagued the world since the start of this decade, combined to make a new special interest print magazine non-viable… but every grey cloud has a silver lining and the reflection seems to have shone on our little website.

Looking back, here are our first three Features from 10th March 2018:-

Roll forward to September 2021 and our monthly page views exceeded one million for the first time, an continued upward trend, and by February 2022 our monthly views exceeded 1.6 million. Of course it has taken a lot of hard work on our part to keep the content flowing but without the sterling help of our Sponsors, who provide the financial backing to allow JOINT-FORCES.com to be subscription-free and thereby eliminating the need for us to rely on Google Ads or relieve you of your hard-earned cash, we would not be where we are today. Please thank them by looking at their websites whenever you are in need of new equipment (or just have a browse when you have a spare minute as they are almost certain to have new kit which you may be unaware of).

What’s next? If all goes to plan, Carl Schulze will be in the Arctic Circle for us for the next couple of weeks covering COLD RESPONSE 2022 and my next outing (once I have cleaned the Saudi Arabian desert sands from my kit) will be with REME in Hampshire. As for Mike Gormley, he is up in Scotland testing gear for us at the moment. With Australasia emerging from travel restrictions, Gordon Arthur will hopefully soon be out and about covering the Pacific Rim theatre. It looks like April is going to be another busy month for us.

Ukraine: Unlike many media outlets we are not providing a running commentary on the horrific situation in Ukraine following President Vladimir “I have no plans to invade Ukraine” Putin sending his armies in to attack his neighbours. It was pretty obvious to us that this was precisely what his troops were rehearsing for during UNION COURAGE 2022, hence us publishing the Russian MoD releases at the time, and we also suspected that the short duration CSTO deployment to Kazakhstan in January might have been little more than a dress rehearsal for flying large numbers of troops into a country in crisis to seize key points, hence us showing this too. However, unlike the mainstream media we do not have the resources to put reporters on the ground in Kyiv and Mariupol to verify facts, and we are not ‘armchair generals’ trying to build our reputations on the Twit/Face social media sites, so we will happily leave the pontificating and posturing to others.

¤ Incidentally, although the Kremlin still sends us a daily email update every night we have been unable to access their website, or the Russian MoD website, since shortly after the latest war in Ukraine commenced. Not only can we not access their websites from France, Germany or the UK, but we were unable to do so either in Saudia Arabia on IPs and devices we have not used before. Hacked or Blocked? No idea.

Footnote: “I won’t invade Ukraine” has now relegated “The cheque / check is in the post” to second position in the ‘World List Of Biggest Lies’.