Under Test ~ LOWA Innox In Black 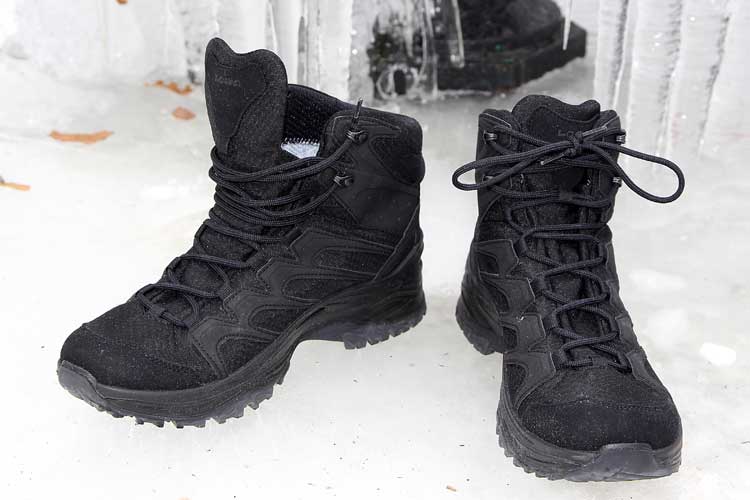 The LOWA Innox lightweight tactical boot has been one of my favourites since it was first released in the UK in the late summer of 2015, as not only is it incredibly light but it features the Gore-Tex Pearl 3L Extended Comfort lining.

Designed to be a four-season boot, the Innox is equally at home in the desert and the snow… something I can personally vouch for. My original Coyote Tan pair got well and truly beasted over a period of two years, taking in assignments from the Baltic to the Mediterranean to the Dead Sea and more, and they never let me down once. More recently, my new black pair endured both the ‘Beast From The East’ in the Rhineland and the snows generated by the Storm EMMA cyclone on the edge of the West Penine Moors over the space of a week in February/March and they also performed excellently.

LOWA military boots are distributed in the UK by TASK FORCE and can be purchased online from LowaMilitaryBoots.com

Boots, Featured, Gore-Tex, Innox, Lowa
You may also like