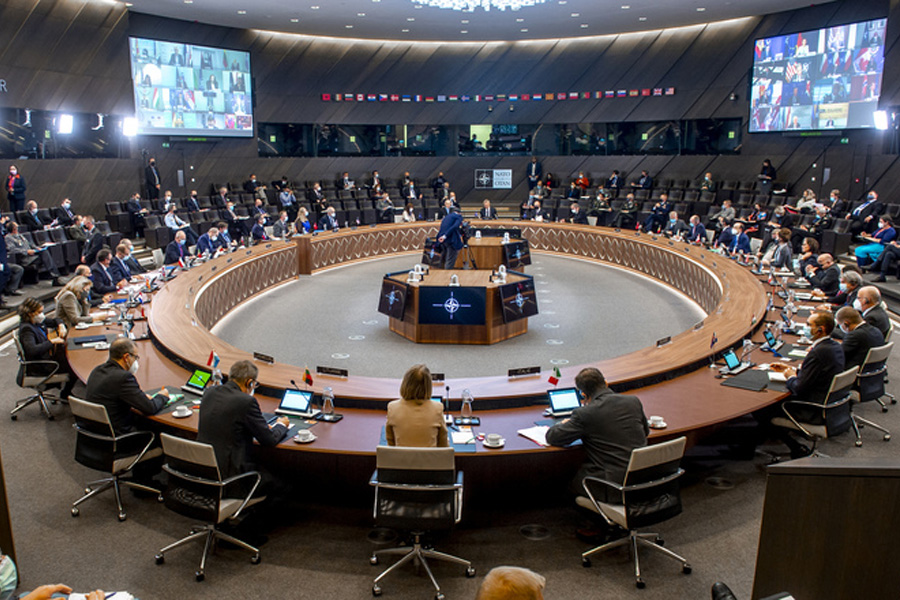 NATO Foreign Ministers address Russia’s military build-up in and around Ukraine during an extraordinary virtual meeting.

Speaking following the meeting, NATO Secretary General Jens Stoltenberg said, “Russia’s aggressive actions seriously undermine the security order in Europe. NATO remains committed to our dual-track approach to Russia: strong deterrence and defence, combined with meaningful dialogue. It is a positive signal that Russia is now prepared to come to the table and talk because when tensions are high, dialogue is even more important.”

The meeting of NATO Foreign Ministers comes ahead of a series of diplomatic engagements next week with Russia, including a meeting of the NATO-Russia Council on 12 January. The Secretary General said, “We are always ready to listen to Russian concerns and NATO will make every effort to find a political way forward. But for dialogue to be meaningful, it must also address Allies’ long-standing concerns about Russia’s actions. It must be based on the core principles of European security and it must take place in consultation with Ukraine. We are also consulting closely with other key partners, such as Georgia, Moldova, Finland and Sweden, as well as the European Union.”

At today’s meeting, ministers stressed that any further aggression against Ukraine would have significant consequences and carry a heavy price for Russia. Allies continue to stand with Ukraine and fully support its sovereignty and territorial integrity, as well as the principle that all countries have the right to decide on their own path and their alliances. At his press conference, Mr Stoltenberg made clear that NATO will always take the necessary steps to protect and defend Allies, including by strengthening collective defence as necessary.